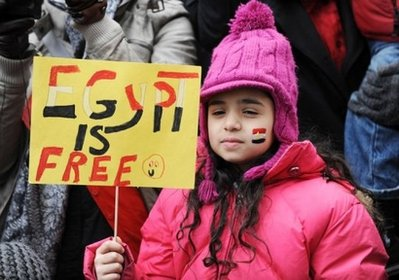 My congratulations to the vibrant and freedom-loving people of Egypt for their resilience and determination in ousting tyranny and dictatorship.As I predicted in this blog a few days ago, it was only going to be a question of time and the extent of the people’s resolve.Tyrannical dictatorships not only in the Arab world but elsewhere have been put on notice from Libya to Myanmar; from North Korea to Zimbabwe.The internet generation has shown that they will not be browbeaten and intimidated by the arrogance and brutality of power. They know they have a new and unprecedented power of knowledge and mobilization. The genie is already out of the bottle and although there are bound to be difficulties along the way, things are never going to return to the way they were in Egypt. The people of Egypt have ensured that.

As Egyptians celebrate their freedom, let them not forget the many that died during and before the uprising for the course of freedom. They are the true heroes of this struggle.