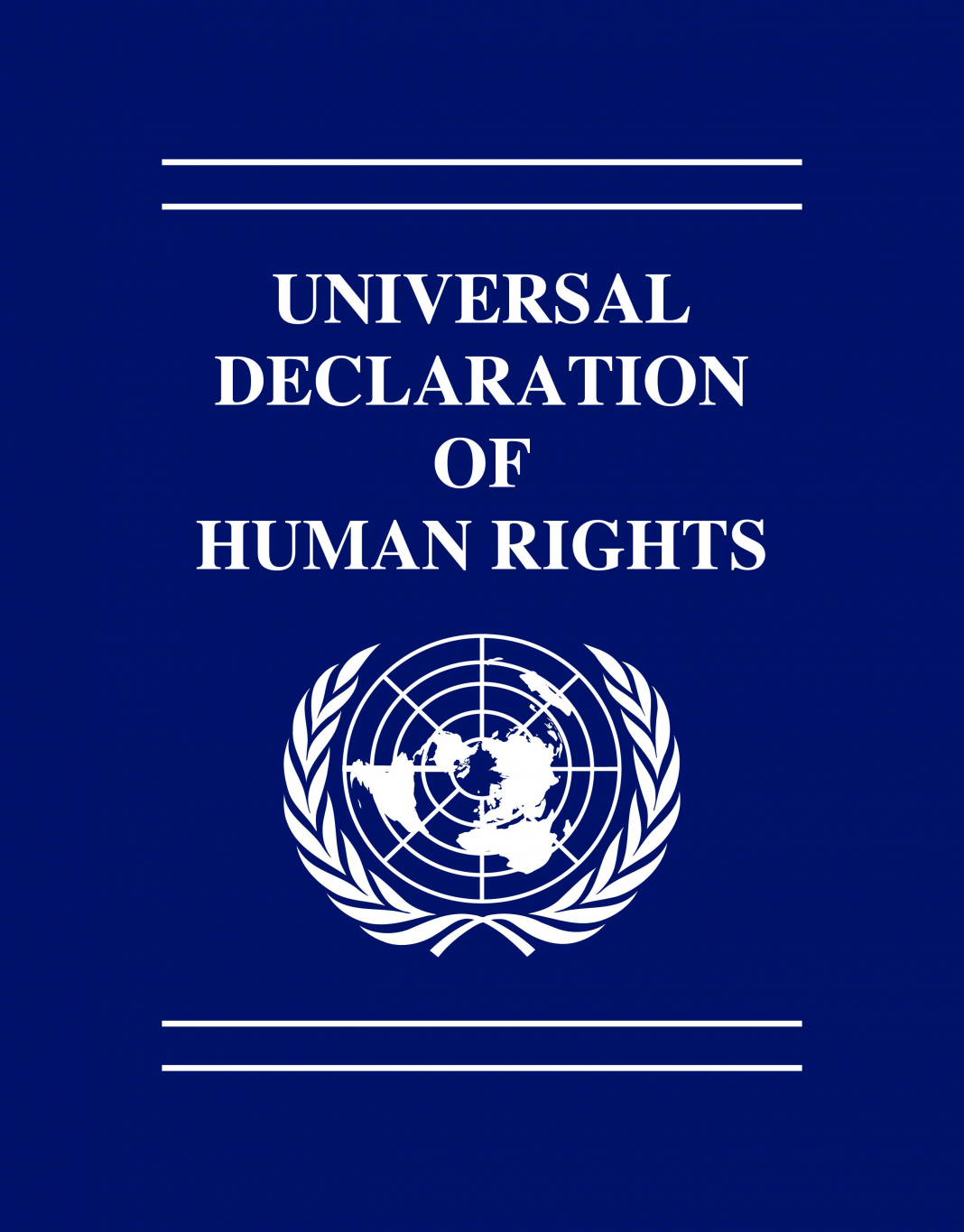 The adoption of the Universal Declaration of Human Rights (UDHR) by the UN general assembly has been celebrated as a defining moment in international history. The UDHR is said to have redefined global ethics and morality in the modern world. When it was adopted by the United Nations’ General Assembly on 10 December 1948, one of its chief architects, the US’ First Lady, Eleanor Roosevelt, hailed it as a ‘‘Magna Carta for all mankind.’’ French jurist Rene Cassin, another architect of the declaration, described it as a ‘‘milestone in the struggle for human rights… a beacon of hope for humanity.’’

Indeed, it was. The UDHR marked the culmination of a post-Second World War rights-centred reformist movement to broaden the scope of individual rights and stimulate international interest in their protection. The Holocaust had united the world in horror and condemnation of Nazi atrocities, creating a postwar consensus that the current ordering of world affairs had to be fundamentally rewritten.

The need to protect the basic rights of all peoples of the world by means of some universally accepted parameters thus influenced the 1945 Charter of the United Nations. The charter affirmed a ‘‘faith in fundamental human rights, in the dignity and worth of the human person, in the equal rights of men and women and of nations large or small.’’ The UDHR, along the associated Covenants, (collectively known as the International Bill of Rights) have since become the closest we have to a global manual of ethics. While it has not guaranteed human rights for all humanity in practice, it has provided the normative framework for doing so.

But the emergence of the UDHR in 1948 was no happenstance. It could have come much earlier after the First World War if those with power were invested enough to make it happen. A Universal document that guarantees the rights of persons irrespective of race, ethnicity, religion, gender or nationality was delayed until 1948 because colonial atrocities did not garner enough moral outrage from the unaffected to make it happen. Two proposals could have galvanized international consensus on human rights before 1948.

A Code of Law for the International Protection of Natives

In 1919, a group of continental and diaspora African leaders gathered in Paris for a Pan-African congress that they hoped would address varied issues of racism and exclusion, colonialism and exploitation affecting peoples of African descent globally. The congress attracted 57 delegates representing 15 countries and colonies including Liberia, several West African colonies, Haiti, the British West Indies and the United States.

Two key figures behind the organization of the congress were the African American intellectual W. E. B. Du Bois and the influential Senegalese politician Blaise Diagne who, as Senegalese deputy to the French Parliament, was the highest-ranking African in French politics. Coinciding with the end of World War I and the gathering of European and American politicians for the Versailles Peace Conference, part of the Congress’ objective was to influence the political agenda of the Peace Conference and the fate of black people in the post-War era.

A key outcome of the congress was the adoption of a charter of rights for peoples of African descent. Delegates passed a resolution calling for a “code of law for the international protection of the natives of Africa” from abuse, exploitation and violence. The resolution called for the direct supervision of colonies by the League of Nations to prevent economic exploitation by foreign nations, and the abolition of slavery and capital punishment of colonial subjects in Africa.

It also asserted the rights of black people to education within the colonies and the rights of African people everywhere to participate in government. The congress delegates specifically demanded that “civilized” persons of African descent be “accorded the same rights as their fellow citizens [and] not be denied, on account of race or color, a voice in their own government, justice before the courts and economic and social equality.”

These resolutions affirming rights and equality for Africans and peoples of African descent garnered a tepid response from the great powers gathered at the Versailles Peace Conference. No delegate at the Pan-African Congress was invited to address the Peace Conference and ultimately, the resolutions were not instituted at the Conference. Undeterred, the Pan-African Congress delegates resolved to continue lobbying for their goals, and went on to hold more congresses in London in 1921, in Lisbon in 1923 and in New York in 1927.

Racial Equity in the Covenant of the League of Nations

When Japan, fresh from its victories in the Pacific, pressed for including a language promoting racial equality in the Covenant of the League, it received a cold response from the United States and other key European powers. This was in spite of a majority vote for the proposal from delegates at the Paris Peace Conference and calls for the inclusion of a statement on human rights in the Covenant.

Responding to Japanese proposals for a racial equality clause at the 1919 Versailles Conference, British statesman Arthur Balfour stated that it was “true that all men of a particular nation are created equal, but not that a man in Central Africa was created equal to a European.” Japan was eventually convinced to omit the word “race” from its proposal altogether. The United States also demanded that “equality” be stricken and that any mention of justice be placed in the preamble rather than an article, which might imply enforcement.

Wilsonian rhetoric of self-determination and the promising human rights impulses of post-World War I internationalism did not coalesce into a global rights movement. That would wait until Europe encountered its own era of tyranny and atrocities. As historian Mark Mazower put it “such was the shock of being subjected to a regime of unprecedented and unremitting violence that in the space of eight years following the war, a sea-change took place in European’s political attitudes, and they rediscovered the virtues of democracy.”

When the UDHR was eventually adopted in 1948, it did not elicit much excitement in the colonies of Africa and Asia. Doubt and cynicism arose partly from the sense that it took the suffering of “whites” during World War II to jolt world powers into action, whereas colonial atrocities had left the world indifferent. For example, it did not escape African independence activists that colonial massacres and atrocities against Indigenous people in the Congo and in South West Africa (Namibia) described as the “first genocide of the twentieth century” did not garner enough outrage and indignation to trigger a rights revolution.

The sudden rediscovery of human rights and democracy by European imperial powers was met with skepticism in the colonies. British hurried efforts to enact a constitutional bill of rights fashioned after the European Convention in the colonies in the late 1950s did not gain wide support. Some African leaders saw this late rhetorical embrace of human rights as an imperial strategy to douse the fervor of nationalist anti-colonial movements and a means of achieving decolonization on terms favorable to European colonists and settlers.

Swazi politicians thought that pre-independence British insistence on enacting a bill of rights was disingenuous and showed lack of confidence in Africans. Why, they asked, had no one heard of a bill of rights while the British were firmly in command? “But now that they are withdrawing, we hear a great deal about them. “To these Swazi politicians, the imperial instrumentality of human rights was manifest.

What does this mean for our understanding of human rights?

All these point to the instrumentality of human rights talk. While human rights doctrine has certainly provided a normative framework for challenging oppression and exclusion, it has also been an instrument in the hand of the privileged and powerful to maintain hegemonic orders.

Longstanding campaigns by victims of colonial atrocities and white supremacy for an international legal framework for human rights protections could only happen when it was convenient and expedient for the Great powers to allow it to happen. It is a reminder of the famous Benjamin Franklin quote: “Justice will not be served until those who are unaffected are as outraged as those who are.”

This article draws on arguments I have made in the following publications. The quoted sections are referenced there.