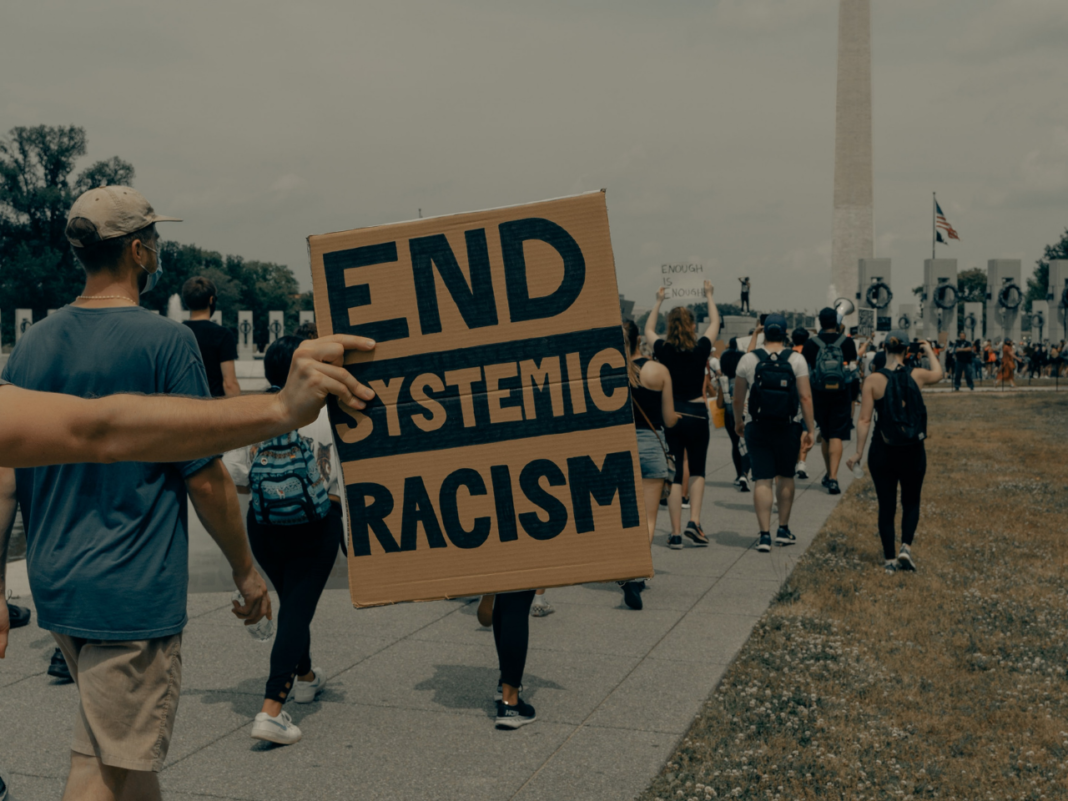 Excepts of Statement by Bonny Ibhawoh (Chair, United Nations Expert Mechanism on the Right to Development) at the International Dialogue on Promoting and Protecting the Rights of People of African Descent and their communities In Latin America and the Caribbean in the Context of Covid-19: Building Back Better

The United Nations Declaration on the Right to Development with is the foundational document on the Right to Development conceives the right to development as the inalienable human right of everyone to participate in, contribute to, and enjoy economic, social, cultural and political development, in which all human rights and fundamental freedoms can be fully realized. A key theme in the right to development is self-determination and the equitable distribution of the resources of nations and the global community.

The Right to Development Agenda establishes development as a fundamental right and puts people at the centre of the development process. Development is seen as a comprehensive economic, social, cultural and political process, which aims at the constant improvement of the well-being of the entire population and of all individuals on the basis of their active, free and meaningful participation in development and in the fair distribution of benefits resulting therefrom.

The right to development was first articulated and formulated by representatives from developing countries that had long been subjected to colonial racism, in their demand for a new international economic order which would be more favourable to the development of less developed countries and for the full control by people over their own natural resources. Much of this early was done under the auspices of the Non-Allied Movement at the UN. Afro-descendant people were at the forefront of putting the right to development on the international human rights agenda.

Since the adoption of the Declaration on the Right to Development by the UN General Assembly in 1986, the right to development has become a well-established principle in the international human rights system. The DRTD outlines three levels of state responsibility for the Right to Development a) in national policies within individual state jurisdiction, b) in policies affecting persons outside the state’s jurisdiction c) in global and regional partnerships.

Equality, including the right to freedom from discrimination, is at the core of the human rights framework, and included in all human rights instruments. Article 2 of the Universal Declaration of Human Rights provides for equal enjoyment of rights and freedoms “without distinction of any kind, such as race …”.

Article 20 (2) of the International Covenant on Civil and Political Rights prohibits any advocacy of national, racial or religious hatred that constitutes incitement to discrimination, hostility or violence. The International Convention on the Elimination of All Forms of Racial Discrimination acknowledges systemic racism and obliges States parties to actively combat racism.

The Durban Declaration and Programme of Action adopted in 2001,  reasserts the principles of equality and non-discrimination, and assigns primary responsibility for combating racism, racial discrimination, xenophobia and related intolerance to States, as duty bearers, while also calling for active involvement by international and non-governmental organizations, political parties, national human rights institutions, the private sector, the media and civil society. The Durban Declaration recognized that social biases and discrimination prevailing in public and private institutions continued to create barriers for people of African descent, including in the realization of human rights.

Racism and the Right to Development

In relations to persons of African descent, the key historical manifestations of institutional and systemic racism are the slave trade and colonialism.

The protests against racial injustice that have erupted globally has brought renewed attention to the lingering question of institutionalised racial discrimination and its devastating impact on racialized communities, particularly communities of Afro descendant peoples. The disproportionately high infection and mortality rate of COVID 19 among racial minorities and recent incidents of the excessive use of force towards people of African descent have brought reviewed attention to the lingering problem of racism and the need to prioritise within the international human rights agenda.

Racism, racial discrimination, and racial injustice are violations of fundamental human rights. Racism is linked to state violence, lack of economic opportunities, poverty, unemployment, and health that all bear directly on the right to development.

The UN DRD defines development as “an inalienable human right by virtue of which every human person and all peoples are entitled to participate in, contribute to, and enjoy economic, social, cultural and political development, in which all human rights and fundamental freedoms can be fully realized.’ It calls for free and meaningful participation in development and fair distribution of its benefits; and makes equality of opportunity for development ‘a prerogative both of nations and of individuals who make up nations.’

Central to the Right to Development agenda is the elimination of historical and systemic obstacles that have impeded development in some regions of the world. As reflected in the preamble of the DRTD, the obstacles to be eliminated include “the massive and flagrant violations of the human rights of the peoples and individuals affected by situations such as those resulting from colonialism, neo-colonialism, apartheid, all forms of racism and racial discrimination, foreign domination and occupation, aggression and threats against national sovereignty, national unity and territorial integrity and threats of war.”

Article 5 of the DRTD reinforces this point by enjoining states to take resolute steps to eliminate the violations of the human rights of peoples affected by racism and racial discrimination. The elimination of racism is therefore recognized as essential to fulfilling the right to development.

While others several UN human rights prohibit discrimination on the basis of race and other individual and collective identities, the Declaration on the Right to Development explicitly identifies racism and racial discrimination as key obstacles to the enjoyment of fundamental human rights and calls for resolute steps to eliminate racism.

Given the centrality of anti-racism to the right to development agenda, the Expert Mechanism on the right to Development (EDRTD) is undertaking a thematic study on the connections between the right to development and the fight against racism. The issue of racism has been a longstanding item on the UN human rights agenda. I note the important role played by the Working Group of Experts on People of African Descent and the Committee on the Elimination of Racial Discrimination (CERD) in putting racism and racial discrimination on the international human rights agenda.

I also recognize the pivotal role of the World Conferences Against Racism (WCAR) organized by UNESCO to promote struggle against racism ideologies, policies and practices, notably the Durban Conference. The EMRTD is committed to supporting this ongoing work.

The objectives of my Expert Mechanism’s study on Racism are threefold.

1. The first is to examine systemic and institutional racism as obstacles to fulfilling the non-discrimination, equality of opportunity and fair distribution provisions of the right to development at both national and international levels, that hinders the entitlement of all human persons and peoples to participate in, contribute to and enjoy self-determined development. This includes examining how systemic racism within individual state jurisdictions impede the right to development, for example, by exacerbating poverty and inequality.

2. The second is to examine systemic and institutional racism as it manifests in policies affecting persons outside the state’s jurisdiction, in the context of the right to development.

3. The third is to examine the obstacles that racism and racial discrimination pose to international cooperation and global partnerships on the right to development. This includes examining how racism and racial prejudice have shaped the debates about the right to development manifesting in the persistent lack of its effective operationalization and recognition at par with other human rights.

The first is the current global movement for racial justice which has called to question historical and contemporary structures of racial discrimination. Across the world, marginalized racialized groups are calling for racial equality, demanding anti-racist interventions from the state, international organizations, and the international community.

The recent report of the Working Group of Experts on People of African Descent does an excellent job of analysing the links between systemic racism and COVID-19 pandemic. As the Working Group report states: “Structural racial discrimination exacerbates inequality in access to health care and treatment, leading to racial disparities in health outcomes and increased mortality and morbidity for people of African descent. The COVID-19 pandemic has brought racial disparity and discrimination to the surface in institutions designed to confer justice, equity and redress.”

The social and economic disruptions of COVID-19 have highlighted the persistence of deep inequalities within and between nations. The United Nations describes it as an explosion of inequality. There is need for urgent and concerted international action to prevent COVID-19 from creating even wider inequalities and exacerbating poverty around the world. These issues can all be addressed through the framework of the right to development.

As individual states and the international community map out plan on how to distribute COVID-19 vaccines, there is justified concern that racial minority communities will be excluded and marginalized in the distribution of the vaccine. Even though it should be expected that racialized communities  that have been disproportionably affected by the COVID-19 pandemic should be among the first in line to receive the vaccines, we know from the history of pandemics and present day health disparities that racialized communities are at risk of being ignored or relegated to the background in distribution plans.

Vulnerable racialised minority communities who may not be able to assert political and economic power in COVAX distribution should be given a voice in the distribution plans. Initiatives such as the Access to COVID-19 Tools Accelerator must consider the historical marginalization of racialized communities, particularly people of African descent and the economic and health disparities that they have made them disproportionally vulnerable to the pandemic.

Racism as an obstacle to development has been recognized by other international organizations. The European Commission Action Plan against racism in the European Union issued on 18 September 2020 acknowledges that high levels of inequality arising from racism represent an obstacle to the achievement of Agenda 2030 and the Sustainable Development Goals.

The Expert Mechanism on the Right to Development is committed to identifying obstacles of systemic racism to the realization of the right to development and to making concrete policy recommendations on how to overcome this obstacle both in the context of individual state jurisdictions and in the context of global cooperation and partnerships. We welcome the cooperation and support of states, academics, practitioners, and civil society organizations in undertaking our work.

Spare a thought and a Dime for the Starving in Somalia