Home Education A Harvest of Books 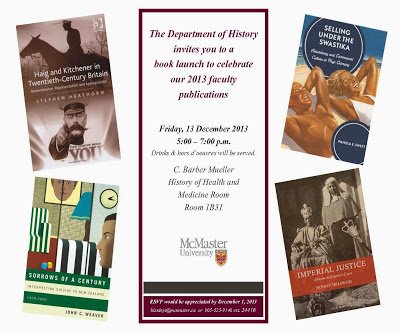 It’s been a particularly productive year for me and my colleagues at McMaster. Seven books published with some of the most reputable academic presses on a vast range of subjects – advertising and commercial culture in Nazi Germany; suicide in New Zealand; representations of the First World War in Britain, three books exploring human rights, christian identities and energy/conservation in Canada, and of course African encounters with Imperial Justice. So, we have seven more reasons to celebrate this December. We’ll be toasting to a year of hard, productive and rewarding work.