Home Human Rights Before Gene Sharp there was Gandhi’s Satyagraha 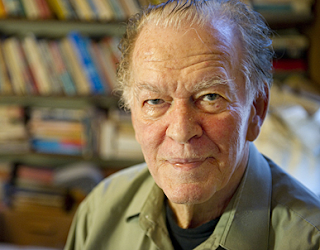 The revolutions sweeping across the Arab world have shone a spotlight on the Gene Sharp, described as the author of the rule book on non-violent revolution. His book “From Dictatorship to Democracy” has been widely credited with guiding and inspiring the uprisings in Egypt and elsewhere in the Arab world.

Although the rest of the world is just discovering the influential work of this America academic and political theorist, many of those interested in matters of social justice and peace have long been familiar with his name and his work.

In the past couple of weeks both the New York Times and the BBC have done lengthy exposés on the life and work of Gene Sharp and how his 198 methods of non-violent revolution have shaped non-violent uprisings against autocratic rulers from Eastern Europe to South America to Middle East.

As one long familiar with the work of Gene Sharp, I would be the first to agree that Sharp’s theoretical and practical approach to non-violence indeed directly influenced the recent events we are witnessing.

But here is my problem with the way much of this has been reported. Sharp is being made out as the “inventor” of the principles and strategies of non-violent revolution. It is a disservice to the work of this great intellectual. Even Sharp himself, I am sure, would object to such patronizing and aggrandizing representations of him and his work.

Long before Sharp, there was Mahatma Gandhi’s Satyagraha and of course, MLK’s civil rights movement. Both men in their writing and actions outline concrete strategies for non-violent struggle. Mahatma Gandhi himself was influenced by ancient Hindu and Confucian principles of non-violence. Hindu traditions of passive constrains on recourse to violence shaped his strategies of dealing with British imperialism in India – from the idea of Ahmisa “non injury” to the defiant Salt Marches of the 1930s.

Satyagraha encapsulated non – violence in both theory and action. MLK, by his own admission, was influenced by Gandhi’s Satyagraha. Sharp too, was no doubt influenced by these earlier ideas and strategies.

Nonviolence as a principle and political strategy has a long history. We must not be blinded to this rich history by our quest for heroes and supermen to explain the current wave of non-violent uprisings.

The young Egyptians who stood their grounds in Tahrir square to topple a dictator are justified in their resentment of the suggestion that their revolution can be credited to one Western intellectual (as reported in the BBC story). They are rightly offended. Their non-violent struggle against tyranny and injustice follows a long tradition of human struggles for change through non-violence. It is tradition that no single man can be credited with.

Seasons Greetings and Best wishes for just and peaceful 2012