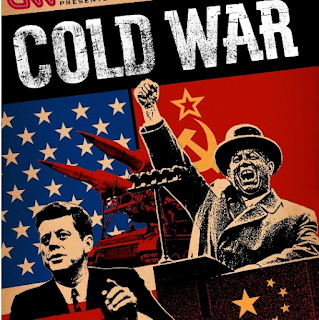 The world is a more dangerous place “than even at the height of the Cold War,” when the threat of mutually assured destruction kept the world’s superpowers in check, says one historian and global security expert.
With fighting between Israel and Hamas flaring once again and adding to what seems like a growing list of conflicts around the world, the threat to global peace is more significant than ever before, says Bonny Ibhawoh of the Centre for Peace Studies at McMaster University in Hamilton, Ont.

At the height of the Cold War in the 1960s, the United States and Soviet Union were ultimately prevented from engaging in all-out war by the threat of mutually assured destruction, Ibhawoh told CTV’s Canada AM on Thursday.

“But today we live in a world where the weapons of mass destruction are in the hands of militias, insurgencies and so there’s really no control over how these weapons are used around the world,” he said.
During the Cold War, the West had a clearly defined enemy in the Soviet Union and containing Communism was a singular goal.

Now, there are almost too many enemies, Ibhawoh says.
“Fragmented warfare, insurgencies, asymmetrical warfare: That is exactly the problem,” he said, noting that one scholar has coined the term “the democratization of the weapons of mass destruction.”
And unlike the 1960s, when a strong and vocal peace movement tried to drown out the sound of war drums with popular protest songs, activists and artists today are not writing this generation’s “Imagine” or “Blowin’ in the Wind.”

“Today we see that the voices for peace have been drowned out by the voices of extremism and the voices of intolerance and I think that makes us an even more dangerous world today,” Ibhawoh said.
What is also missing today, he says, is grassroots political activism that has the power to push world leaders to the negotiating table to solve conflicts, he said. For example, “a very vigorous grassroots activist movement” in South Africa and around the world helped end apartheid.

“That is missing today,” Ibhawoh said. “And I think that unless you begin to create a space for these kinds of grassroots activism, the prospects for peace in our world are very slim.”