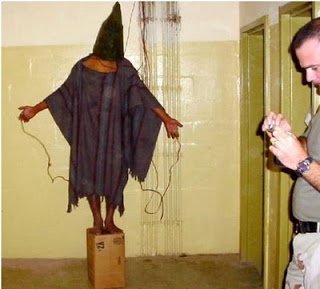 This is something that many human rights scholars and observers have suspected all along – that the US “war on terror” has served to weaken and erode the global human rights advances that have been achieved in the past five decades since WW II. By my own estimation the so-called “war on terror” has taken global the human rights back at least 3 decades. It will be a hard and challenging task to undo all the damage that has been done.

I personally think that the human rights community could have done a lot more to counter the fear-mongering and warped logic advanced by the Bush team to justify their war on terror in the court of public opinion. “Eternal vigilance”, they say, “is the price of liberty.” We should be ready and willing to pay that price to protect the gains in human rights that many have worked so hard and sacrificed so much to achieve

Mary Robinson, who was the U.N. High Commissioner for Human Rights when al Qaeda militants flew hijacked planes into the World Trade Center and Pentagon in 2001, said the United States caused harm with some of the ways it responded. “Seven years after 9/11 it is time to take stock and repeal abusive laws and policies,” the former Irish president said, warning that harsh U.S. detentions and interrogations in Iraq, Afghanistan, and Guantanamo Bay, Cuba gave a dangerous signal to other countries that could easily follow suit.

While new U.S. President Barack Obama has announced he will close Guantanamo to break from the practices of his predecessor George W. Bush, Robinson said sweeping changes needed to take place to ensure Washington abandons its “war paradigm”. “There has been severe damage and it needs to be addressed,” she told a news conference in Geneva. “We are not more secure. We are more divided, and people are more cynical about the operation of laws.”

The Battle of Tahrir Square: Defending a People’s Uprising