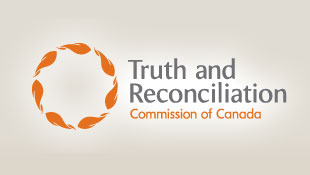 After 6 years of deliberations, the Canadian Truth and Reconciliation Commission last week released its long-awaited report. The TRC was established following the settlement arising from the abuses by state agents against indigenous people in the residential school system.

The landmark report details accounts of the forced assimilation of aboriginal children and physical and sexual abuse in state-funded, church-run boarding schools. It concludes that what happened at the schools, and the broader aboriginal policy that they were a part of, “can best be described as ‘cultural genocide.’”

The use of the term “cultural genocide” has sparked a furor in Canada’s normally staid public political discourse. Deeply divided opinions have been voiced on the appropriateness of using a term typically reserved of mass killings to describe these historical events.

The polarized reactions that have greeted the Canadian TRC are strikingly similar to the reactions that followed the release of the South African TRC Report a decade ago. Scholars of South Africa often question whether the South African TRC was a “miracle” or model. Can it serve as a model for other countries in the aftermath of serious human rights abuses? Or was it a miracle of the sort that occurs but rarely in the life of nations, dependent on the compelling personalities of extraordinary leaders? The answer seems somewhere in-between.

As was the case in South Africa, many Canadians have welcomed the Canadian TRC Report as a step towards national catharsis and reconciliation. But as in South Africa where some derisively dismissed the TRC as the “Kleenex Commission” (in reference to the emotional scenes at the Commission’s public hearings), some Canadian have been critical of the Report.

One newspapers contributor commented: “If you want the average Canadian to turn their backs on you, keep using the term ‘Cultural Genocide.’ This is a nonsensical appellation and one sure to get everyone’s backs up. Genocide is what happened in the deliberate and methodical extermination of 6 million Jews by the Germans in WW2 and by the Turks against the Armenians.” The TRC Report need not get anyone’s back up.

This is where I think Canada can learn from South Africa. In South Africa, the TRC did not resolve the complex questions of historical injustices perpetrated under apartheid and opinion remains divided about its record on promoting national reconciliation. What the Commission so effectively did, however, was to provide a forum for open discussions about historical and continuing injustices that had long been ignored or mentioned in hushed tones.

Even amidst the divergent reactions it garnered, the South African TRC Report provided the essential first step in the journey towards coming to terms with a nation’s dark past and charting the path towards reconciliation.

The Canadian TRC Report can play a similar role. It will take the commitment and goodwill of political and civil leaders to push a national program of restitution and reconciliation. Archbishop Desmond Tutu who chaired the South African TRC used Ubuntu, the traditional African notion of interdependent humanity, to legitimize the work of the TRC and to sell its vision of reconciliation to a skeptical nation.

In Canada, a nation that celebrates tolerance and diversity, the TRC Report can provide the foundation of a long overdue program of national learning about a dark chapter of Canadian history.

A first step will be to heed the call of the Report that students in Canadian schools be required to take courses in the history and legacy of aboriginal people and in particular, the history of the residential schools.

ON EVE OF YEAR FOR PEOPLE OF AFRICAN DESCENT, BAN CALLS...

Quote of the Week by “Arthur Koestler”