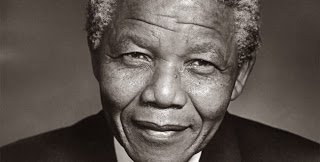 Following the death of Nelson Mandela, there has been much outpouring of accolades on the former South African president. Mandela has been praised as a hero and a reconciler who saved a nation. But Mandela was more than just a global symbol of peace and forgiveness. He was a more complex figure. He was a community leader, freedom fighter, pro-democracy activist, social intellectual, politician and statesman. As a scholar of human rights and peace, three aspects of Mandela‘s life and legacies stand out: his vision of forgiveness and reconciliation; his example of dialogue and confidence building; and his supple humanism.

When he first muted the idea for Truth and Reconciliation soon after his release from prison in 1990, many thought the old man had lost his mind. Critical voices, even within his own party – The African National Congress, wanted accountability for the crimes of apartheid and thought that a Truth Commission might undermine this. Mandela had to vigorously sell his vision of forgiveness and reconciliation.

The circle of violence, anger and hate, he urged his comrades, had to be broken. The African philosophy of Ubutu – the notion that my humanity is contingent on your humanity – was mobilized effectively to legitimize a transitional justice agenda that sought not only accountability for historical wrongs but also collective healing and national reconciliation.

Following the model of the South African TRC, over 20 countries around the world have now adopted the Truth and Reconciliation framework to deal with historical crimes and injustices – among them Brazil, Columbia, Chile, Peru, Poland, Philippines, South Korea, Sri Lanka, East Timor and Ukraine. Canada has also been a beneficiary of Mandela’s vision. In 2008, the Indian Residential School Truth and Reconciliation Commission was established following the settlement arising from the abuses in the Residential School system.

Dialogue and confidence building
Even before the establishment of the TRC, Mandela had a difficult time selling his ideas about forgiveness and reconciliation to his colleagues in the ANC who had borne the brunt of apartheid oppression. While in prison in Robben Island, he began to learn Afrikaans – the language of his white oppressors and urged his fellow prisoners to do the same. Many of them were justifiably skeptical. His friend and co-prisoner, Ahmed Kathrada, recalls that Mandela convinced them that speaking the language of the oppressor and understanding his position was key to confidence building and fruitful negotiations. “If you talk to a man in a language he understands” he stated, “that goes to his head. If you talk to him in his language, that goes to his heart.”

Humanism
Although Mandela was raised a Methodist and was a strong believer in the traditional African ethical values of his Xhosa upbringing, Mandela’s humanism was distinctly secular. His message of peace, forgiveness and reconciliation focused not so much on a transcendental God as on the innate human capacity for good. “No one is born hating another person…” he stated, “People must learn to hate, and if they can learn to hate, they can be taught to love, for love comes more naturally to the human heart than its opposite.”

Mandela was also keen to point out his own human frailties and failings. He did not want to be put on a pedestal but wanted to be seen as a man who struggled through challenges and difficulties. His two autobiographies are filled with anecdotal accounts of his failings as a father, husband, politician and leader. Recognizing these failings do not diminish Mandela, they humanize him and underscore the pragmatic authenticity of his humanism.

Honoring Mandela’s Vision
President Obama said it best in his speech at the Mandela Memorial. “There are too many people who happily embrace Madiba’s legacy of racial reconciliation, but passionately resist even modest reforms that would challenge chronic poverty and growing inequality…  And there are too many of us on the sidelines, comfortable in complacency or cynicism when our voices must be heard”.

The way to honour Mandela is to strive to walk in his footsteps; to be guided by the same values that steered him through his long walk to freedom. It is not enough to proclaim admiration for the icon from a distance; we must also walk the talk.

And though many of us may never face the kind of harsh oppression Mandela and many of his countryman and women endured, there are challenges all around us on which we can speak out – chronic poverty, growing economic inequalities within and between nations, institutional racism, human rights violations by authoritarian regimes, violence against women within and outside the home, and the fight for inclusion and tolerance. If Mandela‘s life teaches us anything, it is that on these moral issues, we cannot afford to be silent or stand on the sidelines. We must have the courage and conviction to speak up and act for human rights, justice and peace in our communities.