Home Human Rights The World Bank in Africa: Can a Leopard Change its Spots? 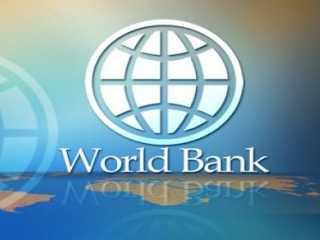 The World Bank has an unviable record in Africa. For several decades, it promoted an economic policy of Structural Adjustment through strict conditions attached to loans to vulnerable African states. These conditions or borrowing terms curtailed investment in public and social services, advocated liberalization of national economies and aggressive privatization that widened the gap between the very rich and the very poor.

The results, as even the World Bank itself now admits, were disastrous. Across Africa, states that swallowed the bitter pill of the World Bank’s Structural Adjustment Policy suffered unprecedented mass impoverishment and economic decline leading to social unrest and in some cases, political crisis.

Now, the World Bank would want us to believe that it is a changed institution more interested now in seeking fruitful engagement with Africa than making profits for its shareholders.

In 2010, the Bank began what it described as a major review its strategy for Africa. The result is a recently released policy document tiled: “Africa’s Future and the World Bank’s Role in It.” In it, the Bank states with not a little irony and euphemism:

“… The World Bank is changing. The “paradigmatic instability” of the past notwithstanding, theBank is supporting development models that allow for different mixes of government and market interventions. The Bank is not prescribing solutions. Rather, the Bank is using its knowledge assistance to nourish an evidence-based debate in countries on policy issues. The Bank is listening and learning. We are promoting South-South knowledge exchange for this purpose….”

The document then goes on to lay out the Bank’s new vision for Africa. It all sounds nice and good … but given its checkered and beleaguered history in the continent, many will remain skeptical. The taste of the pudding will be in the eating.

The Bank is now asking for input from the public on its new vision…. I suspect they will get an earful…

Read “Africa’s Future and the World Bank’s Role in It.”