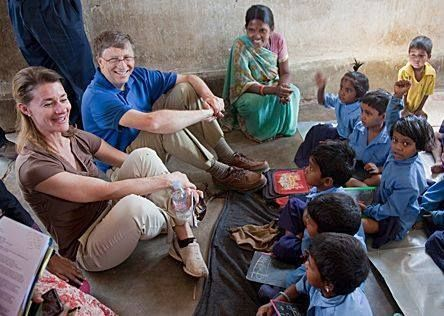 In an earlier post in this blog, I explained why I think the legacies of Bill Gates will outlive most of his entrepreneurial or philanthropic contemporaries. (Read here)

Gates’ philanthropy and commitment to tackling key challenges in global health is truly exemplary. He has made the global eradication of polio a personal mission and is on course to achieve this within five years. India is already polio free, thanks to the work of the Bill and Melinda Gates Foundation. Talk about changing the world for better.

In his 2014 Annual Letter Bill Gates debunks 3 myths that block progress for the poor:

“By almost any measure, the world is better than it has ever been. People are living longer, healthier lives. Many nations that were aid recipients are now self-sufficient. You might think that such striking progress would be widely celebrated, but in fact, Melinda and I are struck by how many people think the world is getting worse. The belief that the world can’t solve extreme poverty and disease isn’t just mistaken. It is harmful. That’s why in this year’s letter we take apart some of the myths that slow down the work. The next time you hear these myths, we hope you will do the same.”