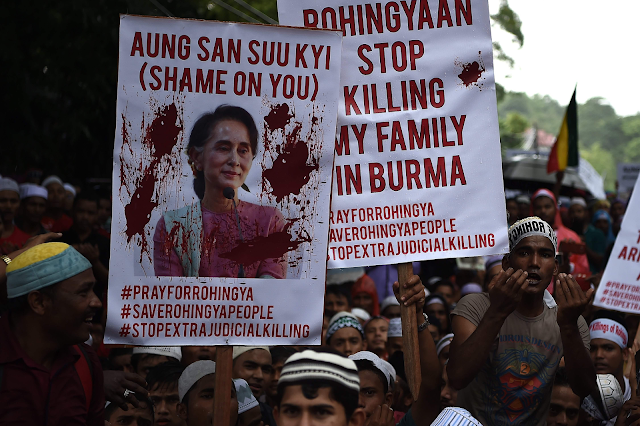 Democracy can be a messy business. Liberal democratic reforms often bring new freedoms and allow for the opening up of civil societies. But the freedoms that come with the transition from dictatorship to democracy not only empower the oppressed and marginalized, they also allow for new forms of repressions in the forms of resurgent nationalisms, xenophobia and hate speech masquerading as free speech. For transitioning states, liberal democracy comes with the good, the bad and the ugly. The real challenge is how to manage the contradictory freedoms that democracy unleashes.

The government of Myanmar under the leadership (even if nominal) of Nobel Peace laureate and democracy icon Aung San Suu Kyi has been involved in the systematic ethnic cleansing of the minority Muslim Rohingya population. Under the excuse of cracking down on insurgents in the western Rakhine state, Myanmar’s military and security forces have engaged in rapes, killings and house burnings that have driven thousands of Rohingya from their homes into neighbouring Bangladesh. Human rights organisations have reported mass atrocities that match the violations which the country witnessed under decades of repressive military dictatorships.

So, here is the question: Wasn’t the transition to democracy and the ascension to power of the peace and democracy icon, Aung San Suu Kyi, supposed to usher in an era of freedom and civil liberties in Myanmar? Evidently it hasn’t. What we see in Myanmar is the classic paradox of democratic transition.

One the perverse consequences of democracy in Myanmar is that it has unleashed old antagonisms against the Rohingya Muslims, many of whom migrated to Myanmar (then Burma) when the country was ruled by the British colonists as part of greater India. Although some Rohingya were resident in the country long before colonial rule, they have largely been seen as foreigners. Separatist insurgency in the region reinforced suspicion of the Rohingya.

The interesting point here is that the military dictatorship that ruled Myanmar for much of its history keep things in check. Democratic reforms, beginning with a Constitutional referendum in 2008, unleashed long repressed grievances and animosities. Part of the result is the human tragedy that we see in the country today.

This paradox of democratic transition is evident elsewhere – in Iraq and in the Arab Spring revolutions, from Egypt to Libya. Democracy brings freedoms and opens up civil socisteies. But it also frees up repressed grievances and ignites new conflicts. Without the strong hand of dictatorships to rein these in, they can quickly engulf transitioning states which typically have weak institutions and democratic cultures. The lesson of Myanmar is not the failure of liberal democratic transition. It is a lack of recognition of, and preparedness for the powerful reactionary and exclusionary forces that are also unleased by democratic reforms.

No one is born hating…

Abolition of the Atlantic Slave Trade in Africa (Part 2)