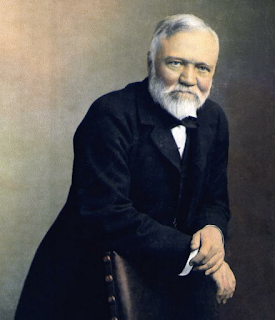 There has been much furor over the controversial statements credited to Canadian journalist and bestselling author, Malcolm Gladwell that Apple’s Steve Jobs will likely be forgotten for his contributions to the technology industry while Microsoft’s Bill Gates will be remembered for his philanthropy rather than entrepreneurship.

According to Gladwell, “Gates is the most ruthless capitalist, and then he wakes up one morning and he says, ‘enough.’ And he steps down, he takes his money, he takes it off the table… I firmly believe that 50 years from now, [Gates] will be remembered for his charitable work, no one will even remember what Microsoft is.” Gladwell was referring of course to Gates’ charitable work through the Bill & Melinda Gates Foundation which has given over $2.6 billion in grants to causes around the world since 1994.

Even as a historian, I am reluctant to get into the business of predicting who history will remember or forget. There are certain things we should simply just leave to posterity.

But this much I can say. If history is any guide, there may be a ring of truth to Gladwell’s statement. Having worked in many parts of the developing world as both human rights educator and researcher, I can attest to the fact that the American industrialist and philanthropist Andrew Carnegies is much better remembered today than most of his entrepreneurial contemporaries.

Andrew Carnegie is remembered today not for his pioneering innovations in the steel industry but for his public service. Between 1883 and 1929 the Scottish-American businessman and philanthropist built 2,509 Carnegie libraries around the world. 1,689 in the United States, 660 in Britain and Ireland, 125 in Canada, and others in Australia, New Zealand, Serbia, the Caribbean, and Fiji.

The story of the benevolent American who spent his fortune promoting public education and building libraries around the world has been passed on from generation to generation. The several Carnegie foundations he established continue to do great public service – The Carnegie Foundation for the Advancement of Teaching; Carnegie Endowment for International Peace and the Carnegie Council for Ethics in International Affairs  where I was formerly a Research Fellow (Full disclosure)

So, although I am not inclined to be drawn into the debates on who history will remember or forget, the lesson of Andrew Carnegie is that public service has a much longer lasting legacy.