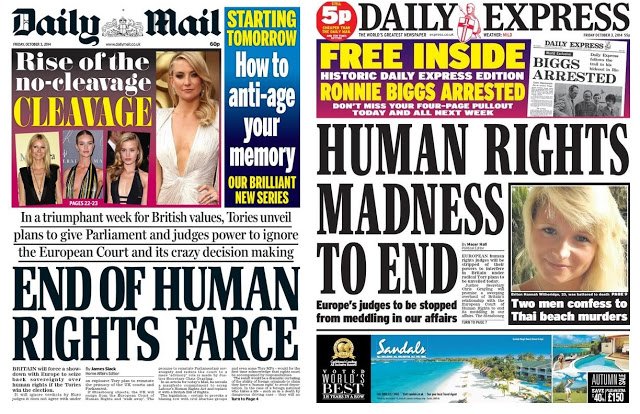 With all the talk about alternative facts and fake news, it is perhaps time to ponder whether the global rise of reactionary populism – from Brexit to Trump – signals the dawn of the end of human rights. The indications are that we are not simply heading towards a “post-truth” era, we might also be headings towards a post-human right world.

When British Tory politicians introduced a bill in 2014 to allow British Judges ignore rulings from the European Court of Human Rights, the British tabloids hailed the move as “The End of Human Rights Farce” and the “end of the Human Rights madness.” Although born out of anxieties over national sovereignty and the European Court’s perceived judicial overreach, these headlines speak to a growing cynicism about the value of human rights doctrine in our world today.

The alarm bells have already been raised by those who should know. The BBC reports that in Geneva, home to the UN Human Rights Office, the UN Refugee Agency, and the International Committee of the Red Cross (ICRC), the guardian of the Geneva Conventions on international humanitarian law, there is talk of a ‘post human rights’ world.

If the granting of independence to formerly colonized nations of Asia and Africa in the 1950s and 60s, marked the triumph of the revolution of self-determination, the post-colonial and post-Cold War global order has failed to materialize the revolutions of democracy and equality.

The clearest indication of this trend is the global rise of reactionary populism, xenophobia and the growing tolerance of torture. Countries in both the West and the Global South are increasingly reluctant to uphold their commitments to refugee protection and the humanitarian conduct of war under international human rights treaties. Another example is the growing list of countries that have opted to withdraw support for international human rights institutions, such as the International Criminal Court.

The human rights genie, it seems, is being put back in the bottle. These existential challenges to human rights signal the specter of a post-human rights world, and invite serious reflections on old questions about the relevance and legitimacy of universal human rights.

The Battle of Tahrir Square: Defending a People’s Uprising