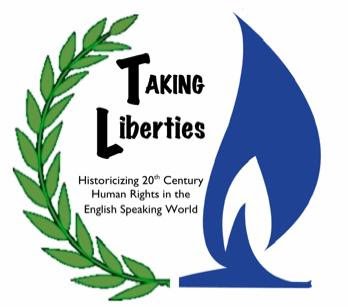 A Research Workshop presented by McMaster University, Department of History and the L.R. Wilson Institute for Canadian History, 1-2 March 2012.
Research Brief
In 2004 Mark Mazower noted that while the history of human rights in the 20th Century could be written as a triumph of civilization over barbarism, it must also be seen as a campaign imbued with politics, cynicism, and state interest. As he points out, we need to understand the political struggles and conflicts of interest that led to the emergence of human rights on the international arena as they had a profound role in the actual definitions of human rights that have largely triumphed. But not only were such struggles fought out in the international arena, or at the highest level of state policy making, they were also to be found at the level of civil society and amongst a variety of activist individuals and advocacy organizations within societies.
Indeed, there is a tendency towards linearity and self-congratulatory triumphalism in much contemporary human rights scholarship dominated by legal scholars and social scientists. There is a seeming preoccupation with understanding human rights as an inherently progressive movement. What is often underexplored in these narratives of rights is the way in which rights discourses and movements have furthered more complex and sometimes contradictory agendas. Historical research is key to redressing this gap in the scholarship. As Lynn Hunt has argued, since Rousseau, western advocates of ‘the rights of man’ have typically referred to such rights as ‘self-evident’ and universal, and yet for most of recorded history, including after the Enlightenment, few societies have viewed such ‘natural rights’ as self-evident at all. Particular customary rights and liberties, have, however, been well entrenched in a wide variety of societies going back long before the idea of human rights were universalized. One such example is that of Britain, a society that exported its particular conception of civil liberties and customary rights to its various colonies, ideals that were often retained, in one form or another, by their independent successors.
How such customary rights and civil liberties came to be transformed into a concept of universal human rights is not a simple history. Clearly the universalist rhetoric of human rights has not always been embraced by all rights advocates. Many broad conceptions of rights (political, legal, social and economic) and more specific civil liberties, all imbued with their own discursive constructions and discrete histories, were contested by activists and politicians across the 20th Century. And the international human rights regime (and therefore our understandings of the definitions and purposes of human rights law) has grown to include a number of conventions that relate to the rights of specific groups, such as women, children, indigenous peoples, and persons with disabilities. Yet, the clear linkages between and among civil society and state actors in the promotion of specific and universal human rights in the 20th Century have only begun to be explored by historians. Moreover, while the universalism of the UN’s Declaration of Human Rights in 1948 is rightly seen as an important milestone in the internationalization of human rights discourse, what has been less well studied or understood has been the refashioning of the specific domestic languages and conceptions of rights and liberties occasioned by the championing of universal human rights. Indeed, a measure of the complexity of this history is the fact that by 1952, the UN decided to separate civil and political rights from economic, social and cultural rights in two distinct International Covenants that were formalized in 1966.
Under the aegis of the Wilson Institute for Canadian History, this research workshop will bring together scholars to thoroughly historicize (and problematize) the transition of civil liberties and other rights discourse to the universalism of human rights (and the reciprocal tensions/struggles it caused both domestically and in the international rights regime) in British-influenced societies around the globe.
http://www.humanities.mcmaster.ca/~humanrights/index.html