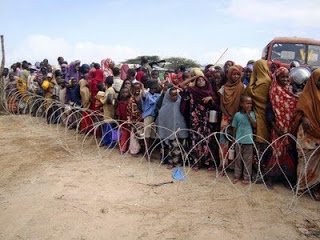 It is now official. The United Nations has formally declared the crisis unfolding in the horn of Africa a Famine and a “humanitarian tragedy of unimaginable proportions.” Famine is defined as an acute starvation affecting greater than 30 percent of the population. In the case of Somalia, nearly half of the population is severely malnourished and under threat of starvation. The most vulnerable of these are women and children. Here are some troubling facts:
What can we do?
Donate To: