Home Development Quote of the Week: A fundamental asymmetry in Globalization 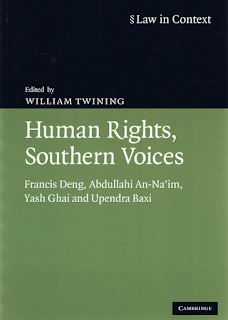 “A fundamental asymmetry in globalization is between capital and labour. Capital is now free to move across national frontiers; the daily flow of dollars and other major currencies runs into billions. There is no similar mobility for labour.”
– Yash Ghai, Human Rights: Southern Voices (2009)

The quote for this week comes from a book I am currently reading with a graduate class. It is an edited volume titled Human Rights: Southern Voices which contains several excellent and insightful essays. One of the more persuasive essays in the volume is by the constitutional law scholar Yash Ghai. Ghai explores the value of human rights discourse as a framework for political negotiation and compromise between societies in the face of the gaping global inequalities and inequalities induced by globalization. His thoughts on the fundamental contradictions of contemporary globalization are spot-on.

The Implications of Neo Colonialism and Neo Liberalism in Africa on...