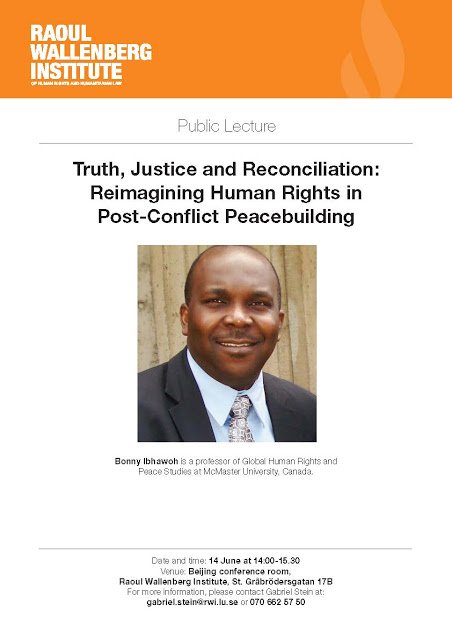 There is an assumed tension between human rights and peacebuilding. Although human rights advocates and conflict resolution specialists share the common aim of building stable societies based on the rule of law, they often disagree on method. Conflict resolvers are characterized as willing to compromise rights and ignore abuses in order to secure political agreement. Human rights advocates, on the other hand, are seen as idealistic and uncompromising in seeking redress for violations, even at the cost of prolonging conflict and human suffering. This tension between the principles of human rights and the pragmatics of peacebuilding is most evident in the work of national Truth and Reconciliation Commissions established in post-conflict societies. Since the establishment of the South African TRC in 1994, there has been a proliferation of TRCs as a mechanism of transitional justice. Charged with uncovering the truth about abuses, providing justice to victims and fostering national reconciliation, most TRCs have taken up human rights and peacebuilding tasks. How have TRCs sought to balance their human rights and peacebuilding mandates? Focusing on the work of TRCs in four post-conflict countries – South Africa, Rwanda, Peru and Morocco – this paper explores the relationship between human rights, justice and national reconciliation. It makes the case for a pragmatic yet principled model of Truth and Reconciliation that integrates human rights and conflict-prevention strategies.

The poor are not doomed to stay poor – Bill Gates