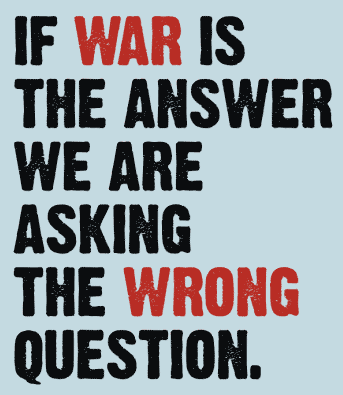 In our 24 hour news media circle, it is difficult to escape the stark and often depressing reality that we live in troubled times. One gets the impression that the world is caving it around us. A combination of domestic social disruptions and global political upheavals pose serious threats to the stability of local communities, the integrity of states and a fragile international order.

In the Middle East, the promise of an Arab spring has not only failed to materialize but has, in some countries, ushered a dark age of brutality and human misery. The fall of long standing dictatorships has triggered political instability and upheaval from Libya to Yemen. In Syria, a protracted civil war rages – a situation made worse by the role of extremist groups such as Al Qaeda and ISIS. An estimated 250,000 Syrians (a quarter of a million people) have lost their lives since the start of the conflict.

We must remind ourselves that these are not just numbers. 250,000 lives is about half the entire population of my city, Hamilton. In pondering this figure I am reminded of that quote by Stalin: “The death of one man is a tragedy; the death of millions, a statistic.” It is cynical but also sadly true. At some point, we lose count and the shock value disappear. Lost lives become simply numbers.

The disheartening images of thousands of Syrian refugees streaming into Europe and living under squalid conditions reflect the international repercussions of this conflict. Who can forget the heart-wrenching image of the three-year-old Syrian boy, Aylan Kurdi, whose little body was washed up on a beach in Turkey only a few weeks ago? His family was making a final, desperate attempt to flee the war in Syria to join relatives in Canada. Migration charities say that as many as 20,000 people may have died at sea trying to reach Europe in the last two decades.

In a sign of how troubled the Middle East has become, the Israeli-Palestinian issue, long considered the central peace and security question in the region, seem to have taken a back seat in the face of more urgent and grave threats to regional and global security.

In Ukraine, local identity politics and big-power geo-politics have triggered a civil war that threatens the post-Cold War peace and stability in Eastern Europe. In Afghanistan, Pakistan and Kashmir, Taliban militants continue a long-running insurgency that has resulted in the loss of thousands of lives.

In North Africa, the new nation of South Sudan remains embroiled in conflict and in West Africa, the militant Islamist group Boko Haram has unleashed terror and indiscriminate violence against civilians, including innocent school girls.

In Asia, the nuclear threat posed by North Korea remains unresolved while the territorial ambitions of a resurgent China raises political tensions and new security concerns in the region. From Myanmar and Thailand in Asia to Columbia in South America, states and societies remain embroiled in internal conflicts and militant insurgencies that adversely affect the daily lives of ordinary people.

Even in the relatively stable Western democracies tensions simmer just beneath the surface. In Europe irregular migration of refugees fleeing wars in the Middle East and North Africa has given rise to a resurgent xenophobia and the dawn of new right-wing extremisms. In the United States, the civil rights legacy on Rev. Martin Luther King Jr. in his struggle for inclusion and against racial injustices has found new voices in the Black Lives Matters movement.

In Canada, Australia and New Zealand, indigenous people continue to struggle against the legacies of historical marginalization and for socio-economic inclusion. In Canada, the Idle No More Movement and the recently released Report of the Residential School Truth and Reconciliation Commission paint a picture of continued alienation and exclusion of indigenous communities that challenges the country to confront and address a historical injustice perpetrated against some citizens.

It is ironic that a bi-polar Cold War world of superpowers, nuclear proliferation and the threat of mutually assured destruction now seem far more stable than a fragmented unipolar world. The end of the Cold War was expected to usher an era of unmitigated world peace. Now, we know better. Our world remains deeply troubled and conflicted. The quest for global peace remains as relevant today as it was at the height of the Cold War.