Home Human Rights ON EVE OF YEAR FOR PEOPLE OF AFRICAN DESCENT, BAN CALLS FOR... 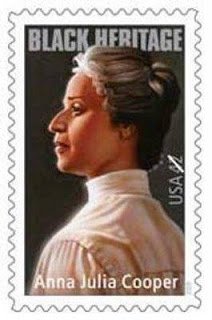 As the United Nations system gears up to celebrate 2011 as the “International Year for People of African Descent,” Secretary-General Ban Ki-moon delivered an impassioned plea today to the world community to eradicate racism once and for all.

“The international community cannot accept that whole communities are marginalized because of the colour of their skin,” he told an event at UN Headquarters in New York to launch the Year. “People of African descent are among those most affected by racism. Too often, they face denial of basic rights such as access to quality health services and education. Such fundamental wrongs have a long and terrible history.

“The international community has affirmed that the transatlantic slave trade was an appalling tragedy not only because of its barbarism but also because of its magnitude, organized nature and negation of the essential humanity of the victims.

“Even today, Africans and people of African descent continue to suffer the consequences of these acts,” he added, calling for their full integration into social, economic and political life and at all levels of decision-making.

The General Assembly proclaimed the Year in December 2009 in a resolution citing the need to strengthen national actions and regional and international cooperation to ensure that people of African descent fully enjoy economic, cultural, social, civil and political rights, to advance their integration into all political, economic, social and cultural aspects of society, and to promote a greater knowledge of and respect for their diverse heritage and culture.

“As the Universal Declaration of Human Rights affirms, ‘all human beings are born free and equal in dignity and rights,'” Mr. Ban said. “If we are to make those words real, then we must eradicate racism once and for all. The success of the International Year requires concerted efforts across the United Nations system and at the regional and national levels, with the widest possible engagement and participation.”
________________
For more details go to UN News Centre athttp://www.un.org/news