Home Education Of Stereotypes and Assumptions 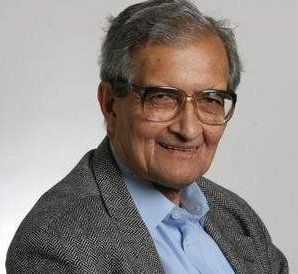 I am currently in Sydney, Australia participating in a conference on “Human Rights and Empire,” organized by Prof. Marco Durant and Prof. Samuel Moyn whose fascinating book; The Last Utopia had contributed significantly to historicizing and contextualizing human rights.

Anyway, yesterday, I had the opportunity to join Prof. Moyn and others at a post conference dinner and was fortunate to sit with Prof. Jay Winter, the distinguished professor of 18th Century British History at Yale. The ebullient and delightfully humorous professor regaled us with jokes and tales from his many years in the academe that kept everyone at the table reeling with laughter.

The story that made me think as much as I laughed was a true story Prof. Jay recounted about his time as a professor at Cambridge University in the UK working with the renowned development economist and Nobel Prize winner, Amartya Sen.

Amartya Sen who is of Indian ancestry was at the time, Master of Trinity College at Cambridge University, the equivalent of the Provost of the College. Sen had travelled to India on vacation and upon his return to the UK, was confronted by a UK immigration officer at Heathrow Airport who became curious when he saw that Sen had written “Master’s Lodge at Trinity College” as his address.

“Do you know the Master at Trinity College well?” asked the puzzled immigration officer, assuming of course that this just-arrived Indian could not possibly be the Master of the College. Perhaps a domestic servant just recruited from India to serve the Master, or at best an old acquaintance of the Master visiting from India.

Rather than take offence at the officer’s imprudence and pejorative presumption, Sen, always the gracious man of wit and humor, replied: “Sir, I am not quite sure whether I know the Master well enough, for you have asked a deeply philosophical question in self-knowledge.”

Prof. Winter got us all reeling with laughter at this story. But beyond the humor is an object lesson in the illogic of stereotypes and a testament to the wit of a sage.

Darfur: On the ICC’s indictment of Sudan’s Bashir