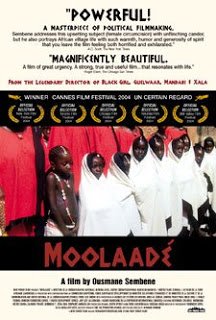 The fact that scholars and practitioners cannot agree on how best to describe the practice is an indication of the controversy and impassioned debates that the topic generates. “Female circumcision,” “female genital mutilation” and “female genital cutting” are all used to describe the practice, common in some African and Moslem communities, of removing varying amounts of the female genitalia, usually in adolescent girls. It is a procedure that causes the death of many girls and women, adversely affects their sexual wellbeing and makes childbirth hazardous. For many decades attempts to stop the practice were framed in terms of women’s health and addressed as such by the World Health Organisation and other advocacy groups but with limited success. With the adoption of the United Nations Convention on the Elimination of All Forms of Discrimination against Women (CEDAW) in 1979, the practice began to be framed more as a women’s rights issue. Apart from the human rights dimension, female genital cutting is a topic on which several other themes intersect — religion, culture, health, sexuality, gender relations, generational tensions and even local politics. These are all issues that veteran Senegalese novelist and film director Ousmane Sembene tackles in the engaging and provocative film Mooladé.

Set in a remote Muslim village in Burkina Faso, Mooladé is the story of Collé, a defiant and strong-willed second wife of an elder in a West African village who refuses to allow four little girls to undergo the traditional circumcision ceremony. After losing two daughters in childbirth due to her own circumcision, Collé had refused to allow her surviving daughter, Amasatou, to face the ordeal of being cut. She is thrust into an unfolding drama of village politics when she offers Mooladé (protection) to the girls who escape the circumcision ceremony. Mooladé is the mystical protection which in the local custom can be invoked to provide asylum. Collé’s interference draws the ire of her deeply patriarchal community which sees her action as an affront on its culture and Islamic religion. Collé can lift the Mooladé with a single word and comes under the intense pressure of the male elders, her husband and some fellow women to do so. Her resolute refusal to lift the Mooladé draws other women and girls to her cause and sets the stage for a standoff with the village elders that erupts in the centre of the village and shatters the tranquility of the community.

Unlike many recent Hollywood made films about Africa, Mooladé is a story about Africa made by Africans from a distinctly local perspective. Yet, it speaks to universal themes of power, oppression and emancipation. In depicting one woman’s struggle to protect others from an oppressive and inhibiting tradition, Sembene brings great sensitivity and nuance to topic that is often discussed from simplistic, patronizing and polarizing standpoints. He deftly explores not only the conflict between local traditional values and the influence of modern ideas, but also the gender and generational tensions within a community largely isolated from the outside world. Although the film obviously seeks to challenge the practice of female genital cutting and raise questions about its legitimacy, it does so with sensitivity to underlying social complexities. It provides a glimpse into the perspective of local African tribesmen who see the practice of female genital cutting as process of “purification” and older women who see it as a necessary rite of passage for their daughters. However disagreeable their positions may appear, Sembene brings their voices to the story in a way that is neither condescending nor patronizing.

Beyond its message, Mooladé is a cinematic delight. Sembene assembles a group of colourful characters that add depth to his portrayal of rural African life and make for a more compelling storyline. Although this film is essentially about the local tribulations of an African village, it still mange to engage the outside world through two intriguing characters — a local itinerant vendor, nicknamed Mercenaire who previously worked as an aid worker, and a favoured son of the village Chief, Ibrahima, who returns home from his studies in France to take a bride. Both characters having seen the world beyond the village and convinced of the need for change become unlikely allies of Collé and the village women in their struggles to end the practice of female genital cutting. Such unlikely partnerships forged across ethnic, class, gender and generational lines have historically been crucial to the success of human rights struggles. In the campaign against the practice of female genital cutting, they are essential and Mooladé shows us why.

Ultimately, this movie is not simply about oppression and social turmoil or about progressive citizens and regressive traditions. It is more about the resilience of the human spirit and the tenacity of ordinary people determined to change their destinies. It is an excursion into the dilemmas that confront a society caught in the midst of social and cultural change. For the human rights scholar and teacher, it provides a subtle but invaluable resource for raising awareness about the practice of female genital cutting and offers a means of understanding and explaining a controversial topic to an audience unfamiliar with the social and cultural intricacies associated with the practice.

A Voice for Africa: Stephen Lewis and the Race Against Time