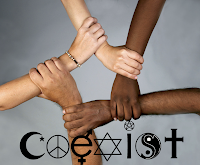 I sent the letter below to a good friend who I have known since childhood. He is one of the most decent people I know. A morally upright and devout Christian, a hard-working professional and a devoted father and husband, he has been an inspiration to me and many others over the years.

Lately however, I have been concerned, even disturbed, by some of his tweeter rants and Facebook postings on the subject of gays and gay marriage. Yesterday, I felt compelled to send him the message below:

I have followed your comments on gays and gay marriage on twitter and Facebook. They have not taken the usually measured tone that I have come to expect of you. I understand that as a Christian, you have a right to express the values of your faith. I feel that need too. However, we must do so with caution, tolerance and sensitivity.

The line between homophobia and professing one’s faith can be a thin one. The language I hear today from you is eerily similar to the language of a bygone era. As a friend with whom I share the Christian faith, I feel compelled to send you the quote below as a reminder of the need for us to tread cautiously. The more things change, it seems, the more they remain the same:

“Almighty God created the races white, black, yellow, malay and red, and he placed them on separate continents. And but for the interference with his arrangement there would be no cause for such marriages. The fact that He separated the races show that he did not intend for the races to mix.”  — Judge Leon Bazile, an “upright Christian” judge in a judgement upholding Virginia’s segregation law against interracial marriage in the case of Loving v. Virginia (United States, 1959).

History has not been kind to those who spoke like this. Let’s learn from the judgement of history.

Beaver or bear? The Battle over Canadian National Identity