Home History John Humphrey: The man behind the UDHR 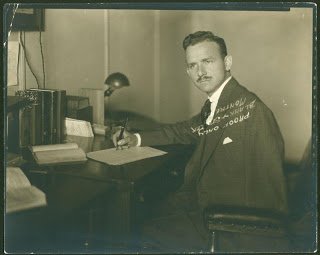 A central figure in the development of the Universal Declaration of Human Rights was a Canadian. John Peters Humphrey, a professor of law at McGill University was instrumental in bringing human rights to international attention in the 20th century.

In 1946, he was appointed as the first Director of the Human Rights Division in the United Nations Secretariat, where he was a principal drafter of the Universal Declaration of Human Rights. Together with a small group gathered in Eleanor Roosevelt’s New York City apartment, Humphrey set about drafting a world-changing document. But until recently, his role in crafting the UDHR remained unrecognized. Thankfully the new Canadian Museum of Human Rights is doing much to draw attention to the extraordinary life and work of John Humphrey.

An interesting aspect of John Humphrey’s life story is his early life experience which was to become the foundation of his moral and ethical conviction. Personal tragedy influenced Humphrey’s outlook on life. He lost his left arm at age six and was orphaned by 11, all the while victimized by bullies at school. These experiences forged within him a deep sympathy for human suffering and a commitment to protecting the vulnerable. As Humphrey himself put it in an interview in 1988:

“It was pretty tough as a youngster having only one arm. Other kids used to taunt me… and I’d lose my cool and get into fights. It’s tough for a youngster who is incapacitated. Children can be cruel. But I survived the fights and these early experiences taught me about injustices and the need for Human Rights.”


I have always believed that personal experiences of suffering and discrimination have a way of instilling in one, a sense of empathy towards the suffering of others. John Humphrey’s life is an eloquent testimony to this fact.

Humphrey requested that he be buried in a rural cemetery in Hampton, New Brunswick, Canada where he was born. Nelson Mandela heralded him as, “the father of the modern human rights system.” (Thanks for the information, B. Lynch)