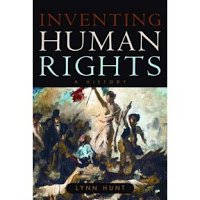 Contemporary human rights scholarship suffers from two major flaws. First, it is trapped in an intellectual tradition of linear progressivism that tends to hinder proper understanding of the nuances inherent in the idea of human rights. The trend has been to present human rights — despite frequent setbacks and many contradictions — as part of the saga of relentless human progress. The second flaw is the overwhelmingly presentist character of human rights scholarship, reflected in an inordinate preoccupation with the here and now.

Lynn Hunt’s Inventing Human Rights addresses both flaws. It marks an important addition to the growing body of scholarly works that seek to bring distinctly historical perspectives to the subject of human rights. Focusing on the American and French Revolutions and the Declarations they inspired, Hunt traces the impact of Enlightenment ideas on the social and political expansion of human rights. The equality, universality and naturalness of rights gained direct political expression for the first time in the American Declaration of Independence of 1776 and the French Declaration of the Rights of Man and Citizen of 1789. These developments underscore a ‘sudden crystallization of human rights claims at the end of the eighteenth century’ (p. 20).

What this book so eloquently reminds us of are the tensions and contradictions that have historically underlined ideas about human rights. Those who confidently declared rights to be universal in the eighteenth century turned out to have something much less all-inclusive in mind. They excluded those without property, slaves, women, and religious minorities from full participation in the political process. Hunt takes the position that while we should not forget these glaring restrictions placed on rights by eighteenth century men, we should not stop there. The book explores how these men, living in societies built on slavery, subordination, and seemingly natural subservience, came to imagine men (and sometimes, women) not at all like them as equals. This, the author argues, is crucial to the history of human rights.

One of the most interesting contributions of this study is the connection that it makes between changes in social attitudes and the expansion of human rights. Drawing on Benedict Anderson’s Imagined Communities (1991), Hunt argues that ‘imagined empathy’ served as the foundations of the social and political transformations that revolutionised the notion of human rights. The notions of bodily integrity and empathetic selfhood have histories not unlike those of human rights, to which they are intimately related (p. 30). Learning to empathize, along with new concern for the human body led to the public rejection of judicial torture that opened the path to human rights.
While most of Hunt’s argument are convincing some seem far fetched. One example is her suggestion that reading of accounts of torture had ‘physical effects that translated into brain changes and came back out as new concepts about the organisations of social and political life’ (p. 33). This claim appears to dabble into the realm of psychoanalysis that is hardly the province of the historian. Another shortcoming that some will find with this book is that it is decidedly Eurocentric. By limiting a discussion on the ‘Invention of Human Rights’ to the history of the Western world, Hunt lends credence to the construction of human rights as a something invented in the West and exported to the rest of the world. Unless used figuratively, the term ‘invention’ clearly gets in the way of a full historical understanding of the complex cross-cultural processes by which human rights ideas have evolved. It implies too one sided a happening. In all however, this book brings a welcome and refreshing perspective to human rights scholarship.