Home Development “I simply decided I had enough money” 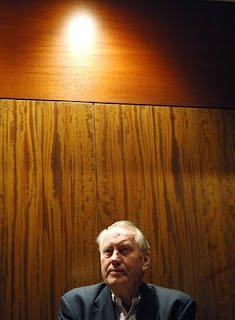 Social economists say that two crucial human wants that do not obey the Law of Diminishing Returns: Power and Wealth.

For most things in life, the more you have of it the less you desire it or the less it becomes productive for you. Our quest for power and wealth tend not to obey this rule. Human desire to accumulate power and wealth appears simply insatiable. But every once in a while, comes a remarkable person who forces us to rethink our assumptions about human nature.

This week, after much digging, The New York Times unmasked 80-year-old Charles F. Feeney as the anonymous donor who gave Connell University a $350 million donation to construct a new technology-based satellite campus in New York City.

A self-made billionaire who co-founded Duty Free Shoppers Group in the 1960s, Charles Feeney  has been donating quietly and anonymously to universities, hospitals and charitable foundations for much of his lifetime. In 2009, he gave $125 million to build a new medical center for the University of California-San Francisco that would treat women, children, and cancer patients. Over the course of the last decade, he’s given more than €46m to the University of Limerick in Ireland. Hs total donations for Cornell over the years — not counting the latest $350 million — exceed $600 million.

Even more remarkable is Mr. Feeney’s steely resolve to give anonymously and without the publicity and self-adulation that is often associated with philanthropy. He is reluctant to do press interviews or even pose for a publicity photograph. According to The Atlantic Wire, “Nearly every profile makes note of how unimpressed Feeney is with what his wealth can buy him, noting that he flies coach, wears a $15 watch, and doesn’t own a house or a car.”

When asked why he decided to give everything away, Feeney replied, “I simply decided I had enough money.”

Now, that is something you don’t hear every day: “I simply decided I had enough money.”
The world desperately needs more Charles Feeneys.