Home Education Henry Louis Gates Jr. Is Arrested at His Own Home by Police... 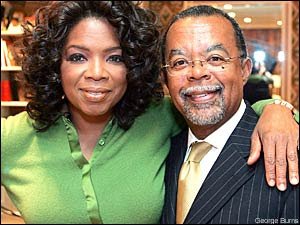 Henry Louis Gates Jr., a prominent scholar in black studies and the director of Harvard University’s W.E.B. Du Bois Institute for African and African-American Research, was arrested at his own home in Cambridge, Mass., last week by police officers investigating a possible break-in.

The Boston Globe reported that Mr. Gates had locked himself out of his house but managed to get back inside when Cambridge police officers arrived there on Thursday afternoon. He was handcuffed, taken into police custody, and, according to the Cambridge police log, booked for disorderly conduct after “exhibiting loud and tumultuous behavior.”

The Globe’s account quotes friends of Mr. Gates as saying that he had showed the police his driver’s license and Harvard identification card. But an Associated Press account of the incident quotes a police report as saying that Mr. Gates had refused to identify himself, had called one of the police officers a racist, and had complained, “This is what happens to black men in America.”….

Is Tunisia the Arab Revolution we have been waiting for?