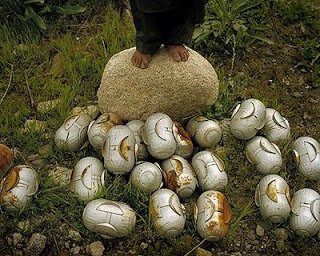 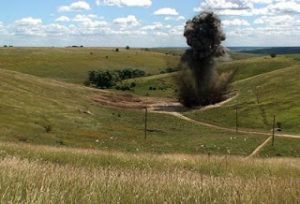 After decades of campaign and advocacy the Convention on Cluster Munitions finally takes effect today (August 1, 2010). The international treaty prohibits the use of cluster bomb – a weapon containing multiple – often hundreds – of small explosive submunitions or bomblets. Countries that ratify the convention will be obliged never under

any circumstances to use cluster munitions, develop or stockpile them.

Because they are scattered over large land masses, cluster bombs kill and maim innocent victims long after war is over. They explode in the hands of children who pick them up to play with thinking they are toys. They make roads, farmlands and playground unusable.

Like the 1997 Ottawa Treaty to ban landmines, the Convention on Cluster Munitions is the product of the hardwork and dedication of thousands of citizen activists and NGOs around the world who have campaigned tirelessly to abolish this inhuman and devastating weapon of warfare.

Kudos to two organizations in particular that have been at the forefront of the campaign to ban cluster bombs:

But while we celebrate this success, let us remember that there is still much work to be done. Although 38 countries have ratified the Convention and another 70 have signed but not yet ratified it (as at August 1, 2010), there are a few countries that have chosen not to do the right thing and sign this treaty. The campaign must continue to name and shame the leaders of these recalcitrant countries into signing the Convention.

Here is the list of shame — 8 countries that are major producers or users of cluster bombs that have not yet signed the Convention.

The Crisis in Libya Could Spell Disaster for the Rest of...