Home Human Rights “Genocide” and the politics of labeling 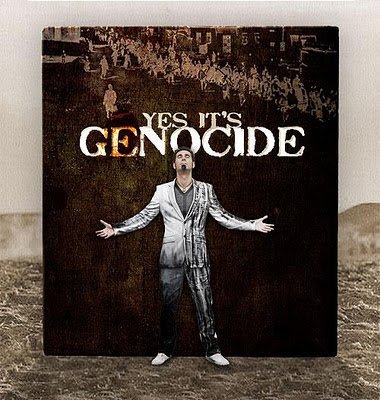 What qualifies to be called “Genocide”? These days, it depends on who you ask. Although the UN Genocide Convention is very clear on what constitutes genocide, controversies abound. Not every mass killing amounts to genocide and in fact, the term did not even exist before 1944 when Raphael Lemkin used it to describe Nazi policies of systematic mass murder of European Jews. Before then, Winston Churchill simply called it “a crime without a name.”

The United Nations Genocide Convention of 1948 which established “genocide” as an international crime defines genocide specifically in terms of acts committed with the intent to destroy, in whole or in part, a “national, ethnical, racial or religious group.” For some strange reasons, “political groups” are omitted. So, theoretically, all the members of an opposition political party in a country can be massacred by a ruling regime and it still would not amount to genocide.

Anyway, back to my point. The definition of “genocide” in the UN Convention is precise but it leaves two crucial questions unanswered:
1. Whose responsibility is it to declare that a particular mass killing of a “national, ethnical, racial or religious group” has reached the threshold of genocide?
2. Can mass murders before 1948 (when the Convention came into force) be retroactively declared genocide?

The debate over the whether or not the killings in Darfur amounted to Genocide demonstrates the difficulties posed by the silence of the Convention on the first question. More recent developments underscore the salience of the second question.

In 2011, the French Parliament passed a law criminalising the denial of genocide in Armenia in 1915. This singular act enraged the government of Turkey which has long maintained that the Armenian “incident” was not genocide but the consequences of war. Turkey froze political and diplomatic relations with France, recalling its ambassador to Paris and suspending all economic, political and military meetings.

Not to be outdone in the genocide labelling game, Turkish prim minister, Recep Tayyip Erdogan ramped up the diplomatic spat by accusing France of killing 15% of Algeria’s population during postwar occupation. “What the French did in Algeria was genocide,” he proclaimed categorically in a speech.

As a historian of human rights, I am concerned that the serious charge of “genocide” is being reduced to a weapon of diplomatic warfare. This diminishes the term and undermines the severity of the charge of genocide. When we begin to associate the term “genocide” with mundane diplomatic squabbles, we risk desensitizing the world to its severity? Both the French killings in Algeria and the Ottoman killing of Armenians were horrific massacres in which thousands of innocent civilians lost their lives. That we can all agree on. However, I find the debate over the labelling of these historical mass murders purposeless and rather distracting. The focus should not be on how to label the past but on how to prevent these horrible events (however we label them) from happening again.