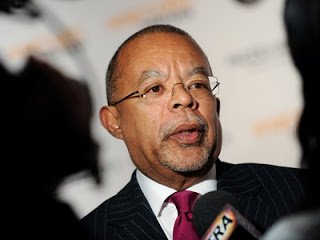 As is becoming his style, Prof. Henry Louis Gates has offered a provocative exposé into the debate over reparations for slavery in the United States. He argues that “while we are all familiar with the role played by the United States and the European colonial powers like Britain, France, Holland, Portugal and Spain, there is very little discussion of the role Africans themselves played.”

But as others have noted, despite Mr. Gates’ contention that “there is very little discussion” of this fact, it hardly qualifies as news; today, virtually every history of slavery and every American history textbook includes this information.

Much of Gates’ arguments are valid. I do see the need for a frank and open debate about the role of Africans in the discourse on reparations for slavery.

What I find problematic, however, is that as he does in his television series, Gates tends to reinforce the erroneous assumption that African “brothers and sisters” were selling off each other to the Europeans. True, African middlemen traders sold other peoples of African descent to the European slave traders but did these middlemen see the slaves they sold as their “brothers” and “sisters?” For the most part, they did not. They saw them as enemies, war captives and foreigners. The myth of a monolithic African identity is a construct that stands in the way of proper understanding and contextualization of the role of Africans in the Atlantic slave trade.

When I teach the Atlantic Slave trade to my undergraduate students, one of the questions I frequently get is: “How could Africans have sold other Africans as slaves to the Europeans?” My standard response comes in the form of another question: “How could German Europeans have murdered 6 million innocent fellow Europeans in the 1940s?”

My students’ familiarity with European history enables them to offer cogent answers: The murderers were only a few Nazis, not all Europeans; it happened in the context of war; and the Nazis did not quite see the Jews as fellow Germans or Europeans but as an alien race. “Very well explained,” I say to my students. Now, apply the same depth of analysis to your understanding of the role of Africans in the Atlantic slave trade.

Cultural Relativism and Human Rights: Are human rights only in the...