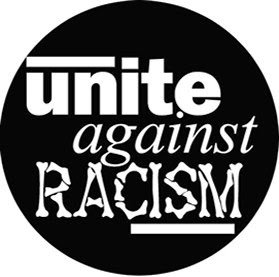 The International Day for the Elimination of Racial Discrimination is observed annually on 21 March. On that day, in 1960, police opened fire and killed 69 people at a peaceful demonstration in Sharpeville, South Africa, against the apartheid “pass laws”.

On March 21, 1960 the Sharpeville massacre occurred when the PAC (Pan Africanist Congress) organized a peaceful protest in which black Africans burnt the pass books which restricted them from going in certain areas. What had started as a peaceful protest soon became violent when the South African police opened fire on the black civilians. 69 people were killed and 178 wounded by police during the violence. Remembering this troubled origin of International Day for the Elimination of Racial Discrimination is important because it underscores the devastating implications of racist policies and the need for concerted global action to eliminate them.

Proclaiming the Day in 1966, the United Nations General Assembly called on states and the international community to re-commit themselves to the efforts to eliminate all forms of racial discrimination.

The Declaration “affirms the necessity of speedily eliminating racial discrimination throughout the world in all its forms and manifestations and of securing understanding of and respect for the dignity of the human person.”
It asserts that “any doctrine of superiority based on racial differentiation is scientifically false, morally condemnable, socially unjust and dangerous, and that there is no justification for racial discrimination, in theory or in practice, anywhere.” It states that “the existence of racial barriers is repugnant to the ideals of any human society.”

The efforts to eliminate racism cannot be left to states alone. There is urgent and continued need for some form of international Monitoring and Enforcement, not only of racism and discrimination in dictatorships and authoritarian regimes but also of Western democratic societies. Even democratic societies need to be reminded of their international human rights obligation to work towards eliminating racism.

The UN has taken some important initiatives against racism and xenophobia.

1. The UN Committee on the Elimination of Racial Discrimination (CERD) is the body of independent experts that monitors implementation of the Convention on the Elimination of All Forms of Racial Discrimination by its State parties. All States parties are obliged to submit regular reports to the Committee on how the rights are being implemented. Although like most UN bodies, it has no enforcement powers wars the committee can make its “concerns and recommendations” about racial discrimination known to the State parties. The committee also has performs its monitoring functions by examining individual and inter-state complaints about racial discrimination.

2. Another commendable initiative is the creation of the position of Special Rapporteur on Contemporary forms of racism, racial discrimination, xenophobia and related intolerance

3. The World Conference against Racism (WCAR) which are international events organized by the UNESCO to highlight, confront and eliminate racist ideologies, policies and behaviors. Three conferences have been held so far, in 1978, 1983 and 2001. The next conference is planned for 2009 in Durban, South Africa. Canada, Israel, the United States of America, Italy and Australia have announced they will not participate in the conference on the basis of difference in views regarding outcome documents of the conference.

Need for continued Vigilance and Advocacy
In January 2008 Canada announced that it has withdrawn its support for the 2009 UN anti-racism conference in South Africa. According to secretary of state for multiculturalism and Canadian identity. Jason Kenney, the Durban II conference “has gone completely off the rails” and Canada wants no part of it, said Jason Kenney, secretary of state for multiculturalism and Canadian identity. “Canada is interested in combatting racism, not promoting it,” Mr. Kenney said. “We’ll attend any conference that is opposed to racism and intolerance, not those that actually promote racism and intolerance.”

True, at the 2001 World Conference Against Racism in Durban there was some concern that Arab and Muslim countries ganged up in their criticisms of Israel. Israel and the United States walked out in protest; the Liberal government of the day remained in an effort to decry the attacks. This to me is what Canada role should be playing in these circumstances. Rather than blindly taking a rejectionist position as the Americans are wont to do, Canada’s unique place should to engage and highlight the problems with the conference with a view to making it more constructive. Simply walking away should not be the first or only option. It marginalizes Canada and compromises its long tradition of engaged diplomacy shaped by diplomats like Lester Pearson and the country’s role as a mediator and bridge builder even in the most contentious international issues and conflict.

As Canadians, it is our responsibility to insist that our elected leaders continue to pursue the middle road of constructive engagement particularly on an issue as important as racism and xenophobia. As Thomas Jefferson stated, “eternal vigilance is the price of liberty.” The struggles against racism and xenophobia on both the domestic and international fronts are linked to our collective liberty and only our eternal vigilance protects that liberty.

Quote of the Week

SALUTE: A Story of Youth, Idealism and Courage

Schools and Genocide: Hate in the Classroom