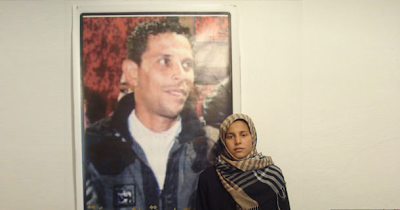 Time Magazine has declared “the Protester” the person of the year for 2011. It is a fitting choice. 2011 was indeed the year of the protester. From Cairo’s Tahrir square to New York’s Zuccotti Park, ordinary citizens protesting against political repression and economic inequities took to the streets to voice their complaints. They found an ally in technology. Facebook and tweeter were the vectors of their protestations.
Street protests have always been a part of social ferment. What makes these noteworthy is their efficacy. Sit tight dictators were forced to abdicate and nervous corporate oligarchies have been forced to take note. “Massive and effective street protest” has moved from being an oxymoron to become the reality of our internet age.
But what struck me most about the Time Story was the discussion of the life the 26-year-old street Tunisian vendor Mohamed Bouazizi whose self-immolation on December 17 2010 set off an unrelenting wave of street protest across the Arab world. Mohamed Bouazizi has become the unlikely martyr and icon of the year of the Arab Spring and the age of “effective street protest.” It is a compelling story:
“On a Friday morning almost exactly a year ago, he set out for work, selling produce from a cart. Police had hassled Bouazizi routinely for years, his family says, fining him, making him jump through bureaucratic hoops. On Dec. 17, 2010, a cop started giving him grief yet again. She confiscated his scale and allegedly slapped him. He walked straight to the provincial-capital building to complain and got no response. At the gate, he drenched himself in paint thinner and lit a match.”
I have heard some question whether this aggravation was enough to warrant self-immolation. That is a matter for debate. However, we must never underestimate dehumanizing effects of humiliation and indignity. Bouazizi set himself on fire not because he was starving or homeless. He went to that extreme length because he was tired of a life of humiliation, dehumanization and indignity. Perhaps for him, setting himself on fire was a means of escape and the ultimate statement of defiance.
Bouazizi’s mother puts it succinctly, “My son set himself on fire for dignity.” Her 16-year-old daughter Basma, put it even better: “dignity is more important than bread.”
Time Magazine: The Protester

Reflecting on the Meaning of Change