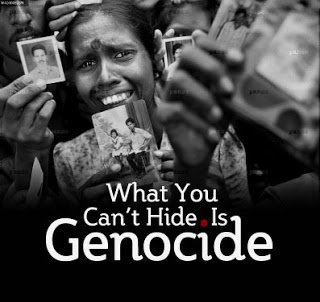 Jeremy Sarkin. Colonial Genocide and Reparations Claims in the 21st Century: The Socio-Legal Context of Claims under International Law by the Herero against Germany for Genocide in Namibia, 1904-1908. Westport, Connecticut: Praeger. 2009. ix + 308.

In Colonial Genocide legal scholar and jurist, Jeremy Sarkin, provides a historical and legal analysis of German colonial human rights abuses against the Herero at the turn of the twentieth century and explores the possibilities for reparations. He examines whether there is support in international law for the Herero claims for accountability and reparations at the time the atrocities occurred. The book proceeds from the premise that the German colonial campaign against the Herero between 1904 and 1908 amounted to genocide as legally defined, making it the “the first genocide of the twentieth century” (p. 5). The significant argument that it makes is that the mass killings in German South West Africa (GSWA) were not only international crimes from a present day perspective, but were already international crimes at the time of the killings. It challenges the notion that genocide and other international crimes did not constitute crimes at the time they were perpetrated or that international rules for the protection of civilian populations did not exist at the time of conflict. These assumptions have long been the basis for dismissing claims for apology and reparations for colonial human rights abuses.

Sarkin argues that applicable international human rights, humanitarian and criminal law existed at the time of the killings in 1904. Specifically, crimes against humanity and genocide already constituted crimes at the time of the Herero genocide although they were not known by that name. The word “genocide” may have entered usage in the 1940s, but the concept of the crime dates back thousands of years and was an internationally accepted violation by the turn of the twentieth century. Although these crimes did not lead to criminal liability, specifically for individuals, civil liability and state responsibilities for their commission were already in existence.

This argument touches on the familiar debate over presentism and anachronism in historical writing. Historians are often wary about infusing contemporary notions and orientations into the presentation of historical material. Notions about historical events are best examined within their own frame and within their own historical contexts. If we can speak of genocide before the term came into usage, can we also speak of “nationalism” when the actors did not have the concept of a nation? Can we speak of “modernists” before the notion of modernity even if similar notions of social change have existed throughout human history? These questions are not easily resolved, and relevant as they are to the book’s thesis, it would be unfair to expect the author to engage them in detail here.

It is one thing to argue that the concept and crime of genocide existed before the term came into usage but quite another to argue that the Herero killings in particular amounted to genocide in 1904, especially since the international law framework of the time applied to relations between nation states. The central question that arises is whether the Herero constituted a sovereign nation within the context of international law at the time of the genocide. Sarkin rejects the notion that the Herero had lost their sovereignty by signing various treaties with the Germans. He contends that the rules of international relations existing at the time applied to relations between German colonists and the Herero people. Given the terms and circumstances under which these colonial treaties were concluded, they did not amount to loss of Herero sovereignty.

As with reparations for the Atlantic slave trade the standard argument against reparations for colonial crimes such as Herero genocides hinges on two main premises. First is that present day Herero who seek reparations, unlike the Jews of the Holocaust or Japanese of the Second World War internment camps are not direct victims of the atrocity. Secondly, too much time has passed since the events to warrant any meaningful apologies or justifiable reparations. Sarkin engages these arguments and offers compelling rebuttals. Although the genocide dates back a century, and was not directly experienced by the present generation, its memories are clear and specific and continue to shape Herero collective identity. The lasting effects of population decimation, land dispossession and political marginalization continue to hunt the Herero and impede their economic social and political progress in modern-day Namibia.

Sarkin is well placed to undertake this study. Apart from being a professor of law and Special Rapporteur to the United Nations Human Rights Council, he is also legal advisor to the paramount chief of the Herero people. His role as legal advisor which no doubt provided the author with the perspectives of the Herero may also raise some questions about this book’s objectivity and the author’s political agenda. It shouldn’t. Given that the extant historiography on the GSWA has often been biased against the Herero in their almost exclusive reliance on German sources, a study that draws on the author’s connections with the Herero to offer their perspectives is a welcome addition to the literature. However, one clear limitation of this book is the absence of any comparative reference to similar episodes of colonial genocides elsewhere. Some reference to well documented colonial massacres of aborigines in Australia, Papua, Indonesia and East Timor would have served to better locate the Herero killings in global historical perspective.

Overall, Colonial Genocide is a welcome and timely contribution to the literature on the Herero experience under German Colonial and more generally to the discourse on redress and reparations for historical crimes. As the author rightly notes, the plethora of research on the genocides of Europe over the last century would indicate that European genocide is thought more worthy of study than genocide in other, less developed, regions of the world. In this book, Sarkin broadens the debate, effectively locating the Herero atrocities within the broader context of the developing norms on genocide and reparations.

Our Troubled and Conflicted World