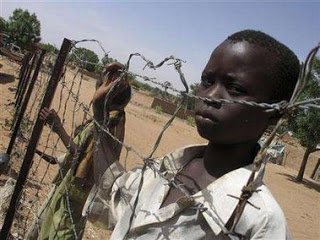 China and Russia are supplying arms to Sudan which are being used in war-torn Darfur in violation of a United Nations embargo, the human rights group Amnesty International charged Tuesday. Amnesty said it was “deeply dismayed” that China and Russia are continuing to send arms “that are diverted for the conflict in Darfur and used there and across the border in Chad to commit grave violations of international law.” Along with Britain, France and the United States, China and Russia are permanent members of the UN Security Council, which adopted an extensive arms embargo in 2005.

Giazilo Ponders….Once again, the helpless people of Darfur bear the brunt of the greed and inhumanity of the world powers. While China and Russia profit from the blood of African victims, the United Nations and the so called “Western democracies” stand aside and look. In spite of growing popular protests and pleas for action on Darfur, the world remains silent. It is difficult not to conclude that the only reason why action has been slow in Darfur is because these are Africans…. They are dispensable…. Were this happening anywhere else in the world, say in Bosnia, the story would be much different