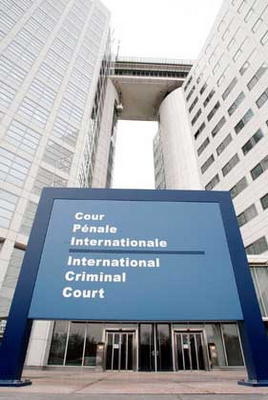 In my recent travels across Africa, I have struck by the increasing number of people who are becoming skeptical, even cynical of the International Criminal Court. The initial euphoria which heralded the establishment of the Court a decade ago seems to be fizzling. This trend is worrisome for two reasons.

First, skepticism of the ICC is not coming from the usual suspects; sit-tights dictators or warlords, but from those who have been supportive – civil society actors, academics and professionals. Secondly, skepticism is coming in spite of the relatively impressive record in the ICC in pursuing and prosecuting cases of gross human rights violations and crimes against humanity in Africa.

So, what accounts for the new skepticism? Simply, it is the growing perception of imbalance. An old adage states that it is not enough that justice is done; it must also be seen to have been done. The credibility problem that the ICC increasingly faces in Africa is not its failure to do justice in individual cases but the perceptions that overall, it has failed to do justice equally.

As one African professor asked recently at a human rights conference, “How come almost all the offenders indicted or convicted by the ICC have been Africans?” He reeled out the names: Thomas Lubanga, Jean Pierre Bemba, Germain Katanga, Mathieu Chui, Charles Taylor and Omar El Bashir. “Does it mean that there are no gross human rights violators anywhere else in the world? It might as well be called the International African Criminal Court.”

Many saw this crisis of legitimacy coming. Under Article 17(a) of the Rome Statute which set up the ICC, a case is admissible only where the state which has jurisdiction over it is either unwilling or unable to genuinely carry out investigation or prosecution. Where a state with jurisdiction has investigated or prosecuted a case, it is inadmissible before the ICC.

Now, which states are more likely to be “unable” to investigate a case? Weak and fragile post-conflict states in the developing world, of course. Besides, who determines whether a “willing and able” state has indeed properly investigated and prosecuted a case? This inevitably means that for the foreseeable future, the only offenders you will see in the dock at the ICC will likely be from the weak states of the global South. It creates a credibility problem.

When the African Union unanimously opposed the ICC’s indictment of President Omar El-Bashir of Sudan over the killings in Darfur, it sent a powerful message. Recently, a top judge from the ICC’s Appeals Division, Daniel David Nsereko Ntanda on a speaking tour with civil society groups in Uganda stressed: “the ICC is not targeting African states, nor is it a Western imposition on the African continent and its people as perceived by some people…” More needs to be done. The ICC may already be swimming against a rising tide of public opinion in Africa.

What should be done? Radical as this may sound, the Statue of Rome needs to be revisited. Admissibility of cases before the ICC should not simply rest on the presumed inability or unwillingness of states with jurisdiction to investigate or prosecute a case.

Even where a state evidently has the capacity and willingness to investigate and prosecute, the ICC should have the prerogative to launch further “confirmatory” proceedings to ensure that domestic investigations and prosecutions meet international criminal justice standards. This will serve to create a sense of balance which is crucial to resolving the crisis of legitimacy which confronts the ICC in Africa and other parts the developing world.

Darfur: On the ICC’s indictment of Sudan’s Bashir