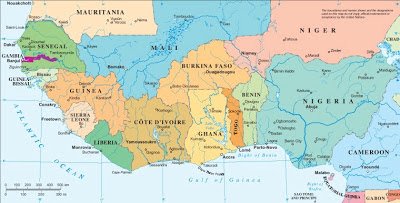 As the U.S. continues to focus most of its military efforts on fighting extremist groups in the Middle East, university students from Africa know this is a battle playing out on a much broader stage.

Countries such as Somalia and Sudan have long struggled against radical Islam, and only in the past decade has the U.S. been active against the problem of extremism — albeit in a different region — a fact that irritates Nana Asare, a graduate electrical engineering student, because he sees the U.S. putting its economic interests over its expressed goals of fighting terrorism on a global scale.

“I do think it has to do with the U.S. interests, of course oil comes to mind,” Asare said, adding that while a native of Ghana, a more stable state in the region, those close to the violence across the continent are “fellow Africans — African brothers and sisters.”

The issue has come more into the spotlight in the past year as radical Islam has found a new home: Mali. Mali has long been the site of separatist movements against the Malian government, such as a coup in 2012 that ousted a sitting president. But a new influx of rebels fighting under the banner of radical Islam has changed the scope of the conflict.

After an uprising in nearby Libya led to former ruler Moammar Gadhafi’s ouster and assassination in 2011, forces loyal to him, including the nomadic Tuareg people, took weapons and ammunition from the fallen regime and moved westward to Mali.

“Over the years, [Gadhafi] built a band of very loyal militias,” said Bonny Ibhawoh, an professor of African, Global and Human Rights History at McMaster University in Ontario, Canada. “He did have a lot of military and political influence beyond Libya, so that once Libya [collapsed] and Libya became less hospitable for these foreign troops … they had to find refuge elsewhere.”

The episode in Mali illustrates how a country the U.S. once considered an emerging civil society could become an unstable piece in a volatile region, Ibhawoh said.

Following the March 2012 coup, Tuareg militants, as well as fundamentalist Islamist groups, seized cities in northern Mali. In this time, Mali had become a safe haven for extremists linked to al-Qaeda until a French-led intervention helped to push these groups out of the North.

But the violence hasn’t completely diminished, and there are concerns about what Mali could become if the country doesn’t get back on stable footing. Given French and African military organizations’ successful five-month offensive by, Ibhawoh said, it’s unlikely but still possible that Mali could become the next Somalia, both as a failed state and as a breeding ground for terrorist organizations.

“I think that is the greatest danger: that Mali does not have natural resources. It is not strategically located close to the Middle East,” Ibhawoh said. “If it falls, it could provide not just a safe heaven for Islamist terrorists like Afghanistan … but that it could also become a center for disrupting other neighboring countries that are themselves not quite strong.”

Even in a country such as Ghana, which is separated from Mali by Burkina Faso, some natives fear a spillover of radical ideology could disrupt the peaceful Islam practiced there.
“I do worry that eventually in the future the same thing might happen to Ghana,” said Asare, a Christian who grew up in the region. “I think it’s unlikely, but when the Mali incident happened, it was just kind of like, ‘Whoa, I didn’t see that coming.’”

Other African students at this university shared similar concerns.
As a Nigerian-born Christian in a Muslim-majority country, senior computer science major Bori Oludemi said he had already felt the fears that radicalism can stir up.

Nigeria is in the Sahel region, an area often the target of and breeding ground for Islamic extremism. And though Nigeria is considered a somewhat safe country, relative to nearby states, the presence of militant groups such as Boko Haram has given Oludemi anxiety.

Boko Haram members often bomb churches in Northern Nigeria, making Oludemi worry about his aunt and his church, which has at times turned to searching patrons at the door to assure they are not a threat.
The extremist group wants to carve out northern Nigeria and establish it as an Islamic state, an idea Oludemi said he would be content with only if it makes Christian worship safer.

“I just kind of hate them now because of what’s going on,” he said. “It seems like they want … to force Islam on us. If that’s what they are trying to do, then to hell with them. They can take their religion wherever they want to.”

But while Islamic extremism may have helped bolster the north Malian cause, were it not for the international community’s insistence on toppling Gadhafi’s regime, Mali would not be in its current state, said Sadick Abubakar, national youth president of the United African Congress and a graduate mechanical engineering student.

In March 2011, France, Britain and the U.S. prepared air strikes to help topple the more than 40-year dictatorship before rebels finally unseated and killed Gadhafi in October 2011. In January, the French military began a campaign to push back the rebellion in Mali, adding another level to the conflict that Abubakar said made him even more skeptical.

For more than 60 years, Mali was a French colony until declaring independence in 1960. But the French want a continued presence in the country to house military bases and serve their own economic interests, Abubakar said.

The war on terror implications and the fight against Islamic extremism are overstated in Mali and elsewhere, said Abubakar, a Muslim from Ghana. The French used the rebels’ alleged ties to jihadists as fodder for military intervention, he said.
“We’ve seen what has happened in Iraq and in Afghanistan and possibly what is going to happen in Iran — there is no difference here,” Abubakar said. “The extremist groups and the activities are being used as a leverage for the French to go in and also exploit.”

If the violence became as dire a problem as the French military stated, military coalitions such as those within the Organization of African Unity could have stepped in to mitigate the damage independent of French interventionism, Abubakar said.
“I do not think the military option is the best way to go,” he said. “If anything at all, African countries have military forces that could have been used to resolve the issue if military force is what is necessary.”

And the idea of Islamic extremism, ultimately, is misleading, Abubakar said. Many of the terrorist groups and militant organizations instead espouse the beliefs of what he called corrupted forms of Islam, such as Wahhabism or Salafism, and were built around political goals as opposed to fundamentalist religious values.
“When you look at all the extremist groups that are causing chaos everywhere … all of these entities are actually not Islam-oriented groups,” he said.

Who will protect us from those who want to protect us?