Home History “A Silent Monument to Slavery”: The Ivory Tower confronts its Past 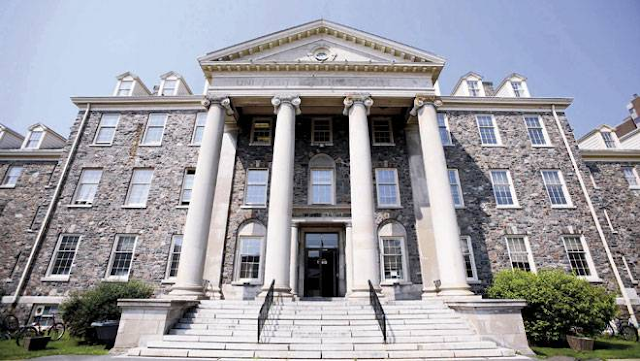 Like their US counterparts, Canadian universities are coming to terms with unsettling parts of their histories. In recent weeks two of the country’s oldest universities – Dalhousie University and the University of King’s College – both in Nova Scotia, have announced scholarly inquiries into their institutional links with slavery.

Slavery existed in the East Coast province until the Slavery Abolition Act of 1834 which abolished slavery throughout the British Empire, including Canada, then British North America.

Dalhousie University’s panel will research the controversial views and actions of its founder, George Ramsay, the 9th Earl of Dalhousie, on race, racism and slavery. Lord Dalhousie reportedly described black refugees who fled the United States during and following the War of 1812 as “slaves by habitat and education.” He also made efforts to have them removed from Nova Scotia.

The president of the University of King’s College states that the task of his university’s panel is to examine the institution’s past in an open and honest way in order to make the school as welcoming as it can to people of diverse communities, including those from the local African-Nova Scotian community.

These inquiries follow similar developments in U.S. universities such as Columbia, Princeton, Yale, Harvard and the University of Virginia that have acknowledged and addressed their institutional links with slavery. In his book, Ebony and Ivy, historian Craig Wilder shows how slavery benefited universities financially and through the labor of those enslaved.

Slavery also influenced the intellectual development of universities, shaping pedagogy and curriculum over a century. The American campus, Wilder argues, “stood as a silent monument to slavery.”

In the era of truth and reconciliation, Canadian universities must strive to create spaces for conversations about their historical connections with institutional racism and the institution of slavery. The quest for diverse, inclusive, and welcoming campuses should begin with open discussions about the historical role of universities in profiting from, and sustaining systems of oppression of indigenous people, African-Canadians and other minorities.

Although, universities have been silent on these issues, histories of exclusion resonate deeply within minority communities. As a graduate student at Dalhousie University in the late 1990s, I took many of my classes in the Henry Hicks Building, an imposing masterpiece of Victorian stone architecture with an iconic clock tower.

As I walked through its grand halls, I often wondered what Lord Dalhousie who invested his treasure to establish the University would have thought of my place at the institution. I also often wondered how much of the treasure that went into building the university came from unacknowledged slave labor.

I have fond memories of my tenure as Residence Don of Cochran Bay at the University of King’s College. It was not a very diverse community, but I found it warm and friendly. I enjoyed living among and superintending over a cohort of boisterous teenagers. As was the university’s Oxbridge tradition, we had formal meals at the common dining room in academic gowns where grace was said in Latin.

But even then, as a newcomer to Canada, I wondered why African-Nova Scotians, whose ancestry in the community date back to 1605, were not more represented in that beautiful campus. I also wondered why indigenous and African-Nova Scotian faces were not at all represented in the many portraits of former university chancellors, presidents, and distinguished professors that lined the hallowed halls of the university.

The initiatives by both Dalhousie University and the University of King’s College might help begin the conversation that provides answers to these questions. A first step would be acknowledging that some institutions of learning in Canada and the institution of slavery share an interconnected history.

These will be difficult conversations sometimes, leading to equally difficult decisions. Some feathers may be ruffled in the process. In the U.S., the debate has led to calls to take down statues of slave-owning and slave-trading university founders, erect memorials to enslaved persons, rename building, and redesign university insignia. But it is a conversation that we must have in our universities and beyond, if the goal of building inclusive campuses that are welcoming to all is to be achieved.