Home History Unlearning Prejudice: History can teach, but we must be willing to learn 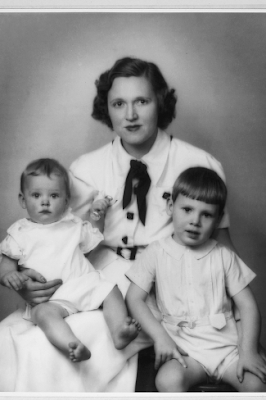 In this fascinating personal account, Charles Dew, a professor of American History at William’s College reminds us that racism, like a genetic trait, can be passed on from generation to generation. People learn to be bigots, but bigotry can also be un-learned. History can teach, but we must be willing to learn.

Charles B. Dew, “The Unmaking of a Racist”
Published in the Chronicle of Higher Education

“The racial prejudice I acquired came more through a process of osmosis than anything else. I learned from watching how others around me behaved, starting with my own family. There were separate cups, saucers, plates, and glasses in our kitchen cupboard to be used by the African-American help — Ed, who mowed our lawn, and a wonderful woman named Illinois, who cleaned for us, did our laundry, and occasionally cooked our meals.”

“I learned early on that I should never shake hands with a black man or woman. I was not to use Mr. or Mrs. or Miss when I spoke to an African-American adult. We had separate bathrooms — a poorly appointed half bath off the back porch for the help, a nice, fully tiled bathroom on the second floor of our house for us. I was 8 years old when I watched my father explode in almost uncontrollable anger at a black man who came to the wrong door of our home.”

Spare a thought and a Dime for the Starving in Somalia